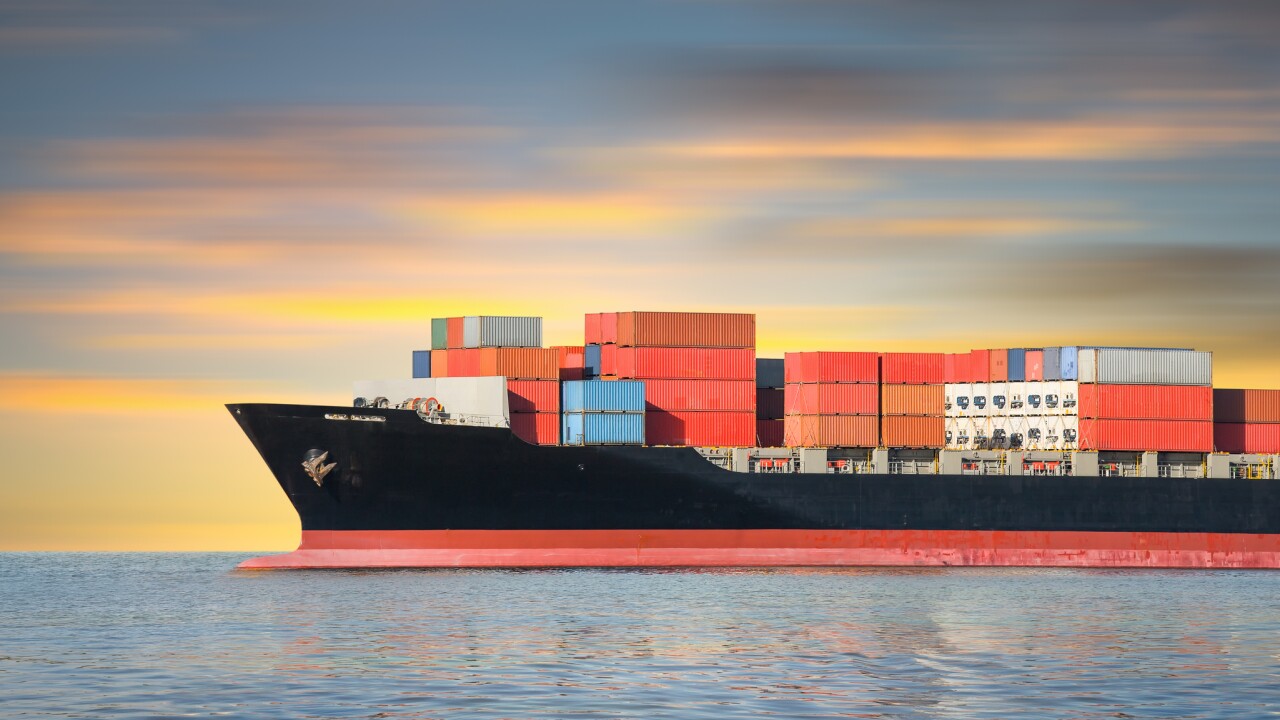 Cargo ship and cargo container in sea with sky background.

PORTSMOUTH, Va. – The Coast Guard is warning mariners about navigation hazards after about 70 cargo containers fell off a ship near the coast of North Carolina Saturday night.

The cargo ship named Maersk Shanghai was about 17 miles off the coast of Oregon Inlet, North Carolina, when the containers fell off the ship because of high winds and heavy seas, according to officials.

The ship contacted watchstanders at Sector North Carolina’s command center to relay that they had lost between 70 to 73 containers, after the incident occurred.

The Coast Guard is urging all boaters in the area to use extreme caution.

The Coast Guard on Friday had set restriction on access to the Chesapeake Bay because of high winds and heavy seas that have occurred up and down the east coast due to weather in the region.

We can confirm that on March 3th at 20:15 EST the vessel Maersk Shanghai, reported between 70 – 73 containers collapsed and/or were lost overboard due to poor weather at sea when in route to Charleston, South Carolina. The vessel is currently at anchor in Charleston with the surveyor and US Coast Guard on board to assess damages to cargo and vessel. Once the survey is completed we will coordinate a plan to secure berthing and needed resources to work normal cargo ops, including damaged units. We will be in contact with all customers with direct impact to find the best solution for the handling of their cargo. All crew members on board are safe and accounted for. No effect on environment has been reported at this time. Maersk Shanghai is an 10,081 TEU container vessel built in 2016 and currently sailing on Maersk Line’s TP11 service. The vessel is flagged in Liberia.