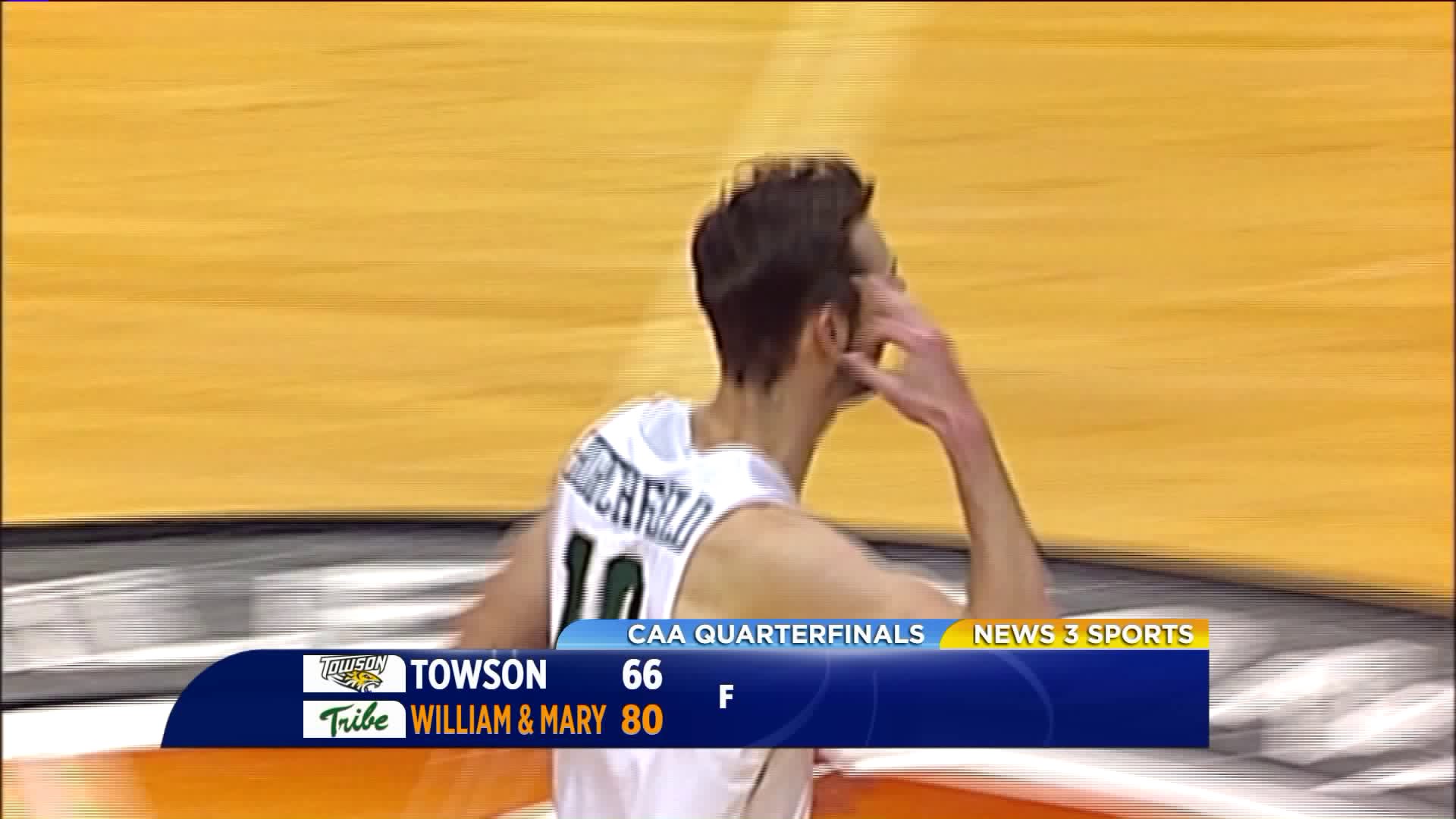 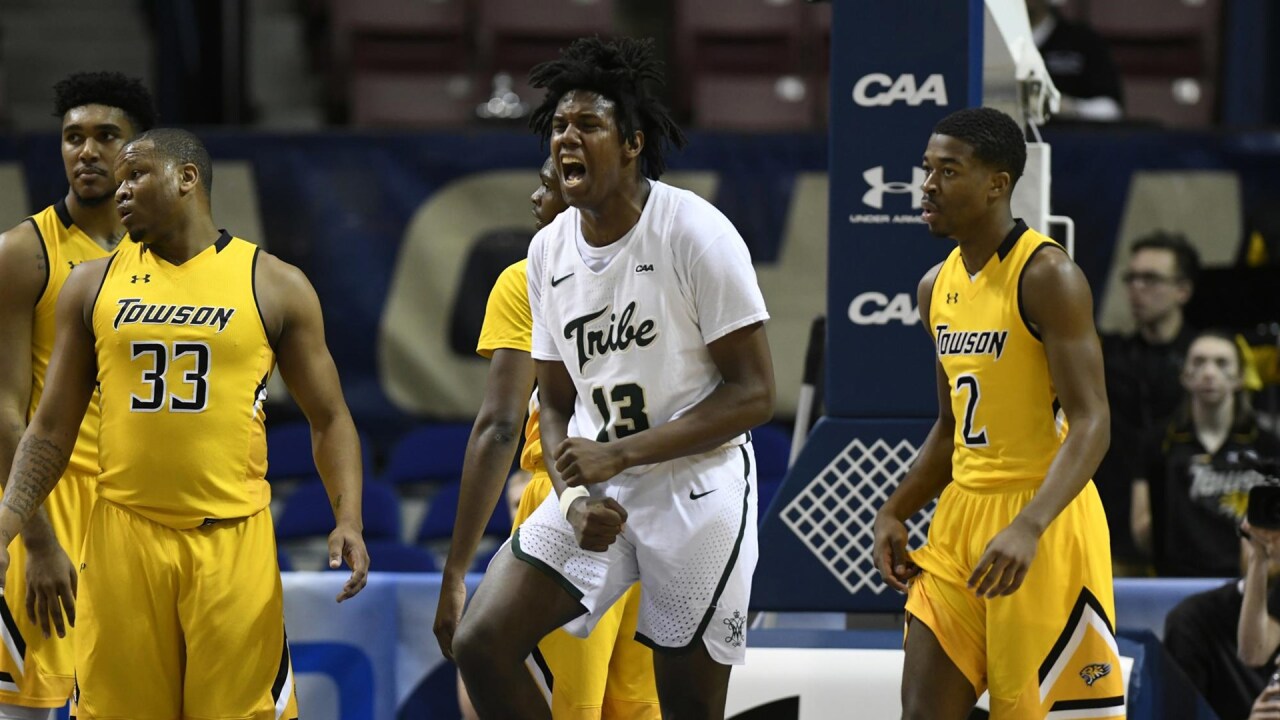 After falling to the Tigers (18-14) twice during the regular season, the Green and Gold (19-11) led wire-to-wire in the quarterfinal victory behind a strong defensive performance, controlling the glass and timely shooting.

Cohn, who was an All-CAA Third Team pick on Friday, showed first-team stuff on Sunday, pouring in a game-high 24 points to go along with seven assists and six rebounds. He was nearly perfect shooting the ball, going 8-of-9 from the field, 2-of-2 from 3 and 6-of-7 at the free throw line. He paced four Tribe players in doubles figures as sophomore Nathan Knight added a 16-point, 12-rebound double-double.

W&M roared out of the gates, hitting nine of its first 13 from the floor and used a 13-3 run open up a double-digit lead midway through the opening half. Four different players scored during the spurt, including three with a triple. Sophomore Matt Milon, who scored five during the run, increased the lead to 22-11 at the 12:03 mark with a pull-up jumper from the right side.

Knight sparked a seven-point run to extend the lead. He converted an old-fashion 3-point play and knocked down two more free throws to push the margin to 31-15 with 8:15 left in the half. The Tigers pieced together a seven-point run of its own to narrow the margin to 36-28 with 2:33 remaining on a Dennis Tunstall lay-up. The Green and Gold advantage was nine, 41-32, at the break.

Towson scored seven of the first eight points to start the second half, drawing within three. The Tigers scored five in a row and then cut the gap to 42-39 on a Justin Gorham dunk three minutes into the frame.

Cohn sparked a pair of Tribe runs to re-established a double-digit margin and put the game away. He scored four-straight points, before finding Rowley in the right corner for a triple to cap a 9-0 run and push the W&M's lead to 51-39 with 12:38 left.

The Elmhurst, Ill., native put the game on ice, scoring five points in a 35-second stretch and dishing to senior Connor Burchfield for a wing 3-pointer during an 8-0 spurt. Cohn knocked down a corner triple off a Knight tip out, and converted a fast-break lay-up off a Milon steal to force a Towson timeout at the 8:19 mark. Burchfield's wing 3-pointer on the break extended the lead to its largest at 64-46.

The Tribe advances to the CAA Semifinals for the fifth-straight season and takes on No. 1 seed Charleston at 6 p.m. on Monday, March 5. The game will be televised on CBS Sports Network with Dave Ryan, Jordan Cornette and Jenny Dell on the call.