LOW COUNTRY, Fl. - Very little is known about the Great White Shark of the Atlantic, but a fishing crew and a group of scientists are out to piece together the puzzle.

Ocearch has embarked on 31 expeditions around the world, tagging more than 350 sharks. About 150 of those caught are Great Whites, but mostly on the Pacific Coast.

Scientists think they have the Pacific White Shark life puzzle nailed down. Their research shows the sharks mate and give birth in the Guadalupe and Fairlawn Islands. Ocearch has been able to track those sharks and learn their migratory patterns.

Hoping the research would show similarities, Ocearch came to the East Coast only to find that the Atlantic Great White Shark is understudied and their entire species remain an unsolved phenomenon.

Chris Fischer, founder of Ocearch said after years of work in the Atlantic they think they are getting close to solving this life-long mystery.

It is believed that Atlantic Great Whites mate in fall and early winter near Cape Cod, they give birth near South Shore/Long Island in the May-June timeframe and then the babies travel south.

But the research is not complete yet. While scientists think sharks move from Cape Cod to the Low Country, they are now learning some of the sharks tagged end up in Nova Scotia or Canada. Is there another mating site or birthing ground? That is what they need to find out.

Scientists are asking Ocearch to catch, sample, and tag 60 Great White Sharks in the Atlantic. So far they have completed the research with 33 and need 27 more.

Ocearch plans to take their crew from Florida to Massachusetts in the spring to float the Gulf Stream in hopes of completing their research.

Related:
Ocean-based research team on a mission to save the Great White Shark 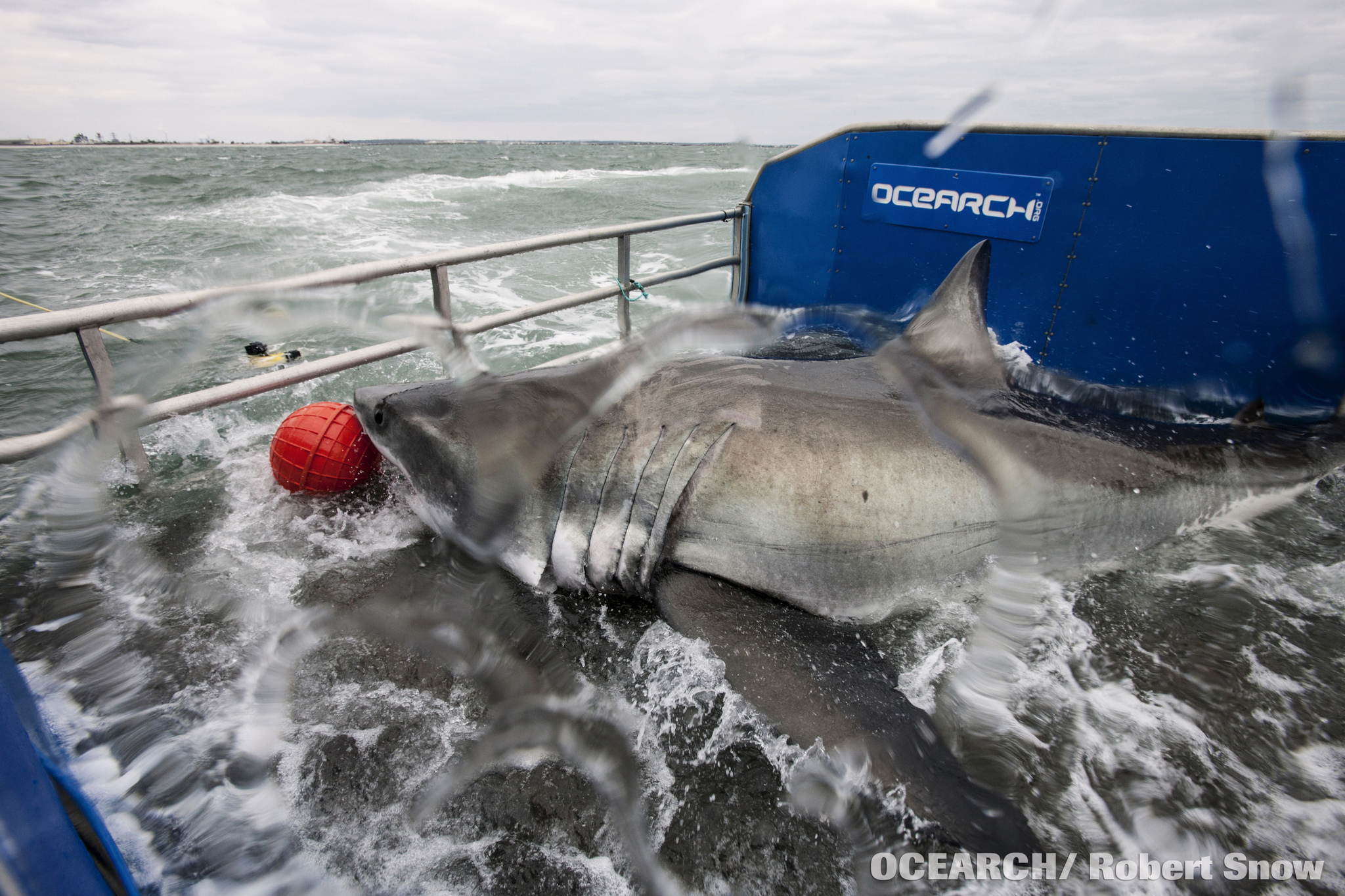