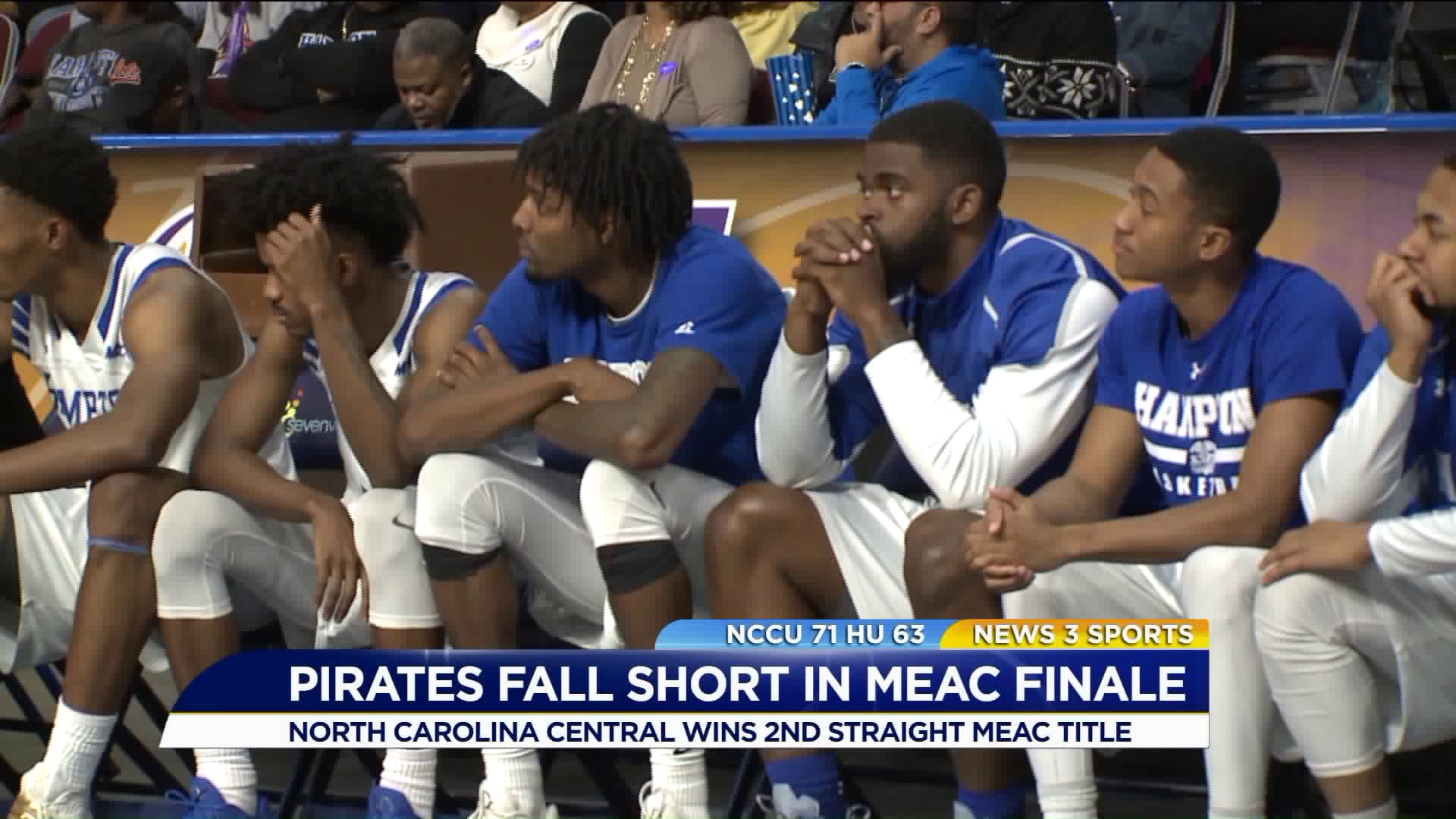 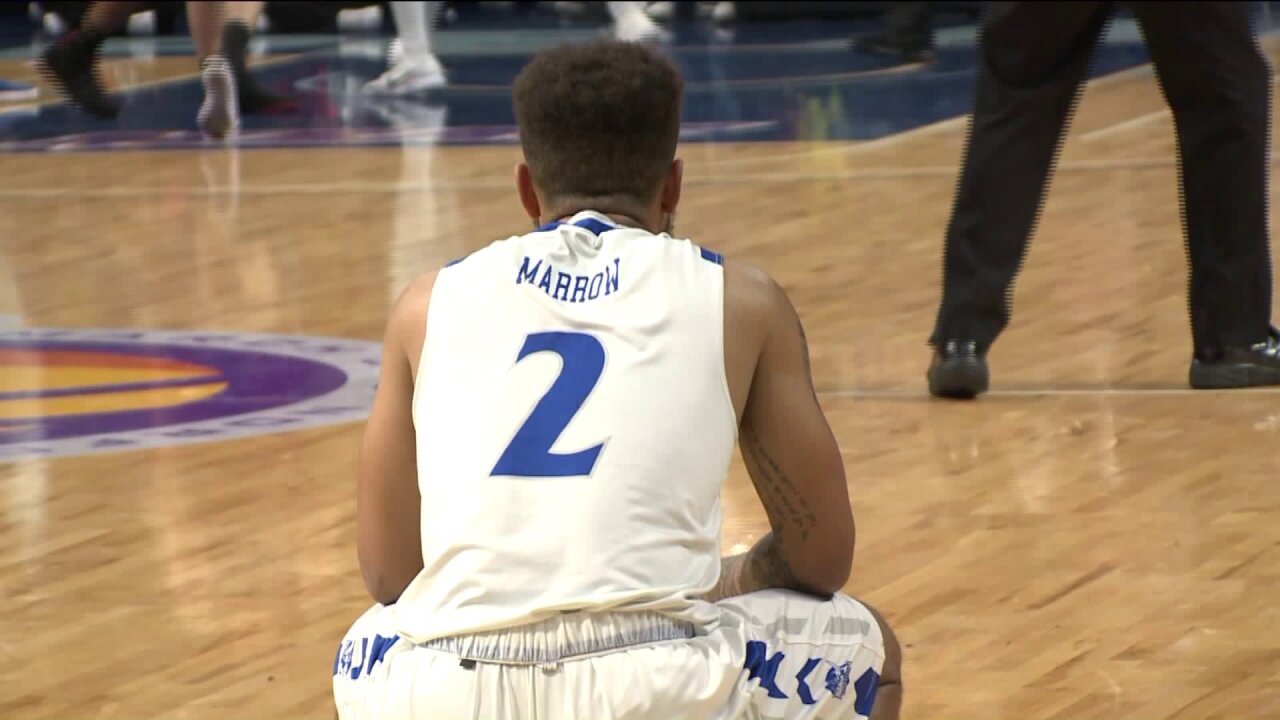 The top-seeded Pirates had its 11 games winning streak snapped after losing to North Carolina Central 71 - 63 on Saturday at Scope Arena.

Hampton led 28-27 by halftime, but an 11-0 run in the final four minutes of the game helped the Eagles claim their second straight MEAC title.

To reach the finals, Hampton downed Florida A&M in the quarterfinals, and sailed past North Carolina A&T.

This is the last MEAC Tournament that the Pirates will compete in. Hampton will be moving to the Big South Conference for athletics next season.

The win would have given the Pirates three MEAC Tournament championships in four year.

In the women's bracket, the Lady Pirates fell to North Carolina A&T in overtime 72-65. Hampton erased a 10-point deficit in the fourth, and Mikayla Sayle tied the game up at 57 all.

In overtime though, the Aggies scored 15 points, and scored the final eight points after the Lady Pirates took a 65-64 lead.