VIRGINIA BEACH, Va. - Just under a month ago, children were in a classroom hiding behind desks in fear for their lives as a gunman opened fire with an AR-15 rifle killing 17 in a Florida high school.

Norman Carolino is president of Guardian Angel Bulletproof Backpack. He says he's been selling bulletproof armor for 25 years. But, now after an uptick of mass shootings across the country, his focus is honing in on the safety of innocent little ones - by turning their every day wear into shields - specifically to stand against AR-15 rifles.

The product is a three and a half pound bullet proof plate. If a kid were to have it, they would put it in their backpack - in between, in front of or behind their books. Even though it’s a little extra weight to carry, parents said it brings them piece of mind.

“I had a conversation with all of them. I told them I loved them, hugged them a little bit tighter. I told them, 'hey if anything like you saw on the news were to happen to you or at your school, I want you to do three things. I want you to run as fast as you can and get away, if you can't I want you to hide like a 5-year-old trying to make your dad proud.' The hardest thing to tell them 'if you can't do either-fight, fight for your life,'" said Jay Agustin, Colonial Shooting Academy.

News 3 put the bulletproof product to the test as a sniper squeezed the trigger of an AR-15 rifle and aimed it at a backpack fully equipped with the plate.

One shot, one bullet, not one trace of anything piercing through.

"The plate was hit right here. There is no penetrations whatsoever. That was hit with an AR-15," said Carolino.

Costing a little under two hundred bucks - it's a plate you can take in and out of purses, briefcases, and of course backpacks.

“You would be taught if the shooter was behind you, you would have this on your back. It’s concave to protect the spine area. If something happened and you were being confronted you would take that off and stick it up front and now you have a shield up front. If somebody confronted you that will save your life," said Carolino.

Work, movies, churches, and schools are all soft targets for an attack. But, now Carolino said we have to be proactive and think ahead in every day places.

It's a job and a shield designed in hopes of bulletproofing children to protect them from any harm and danger that may come their way. 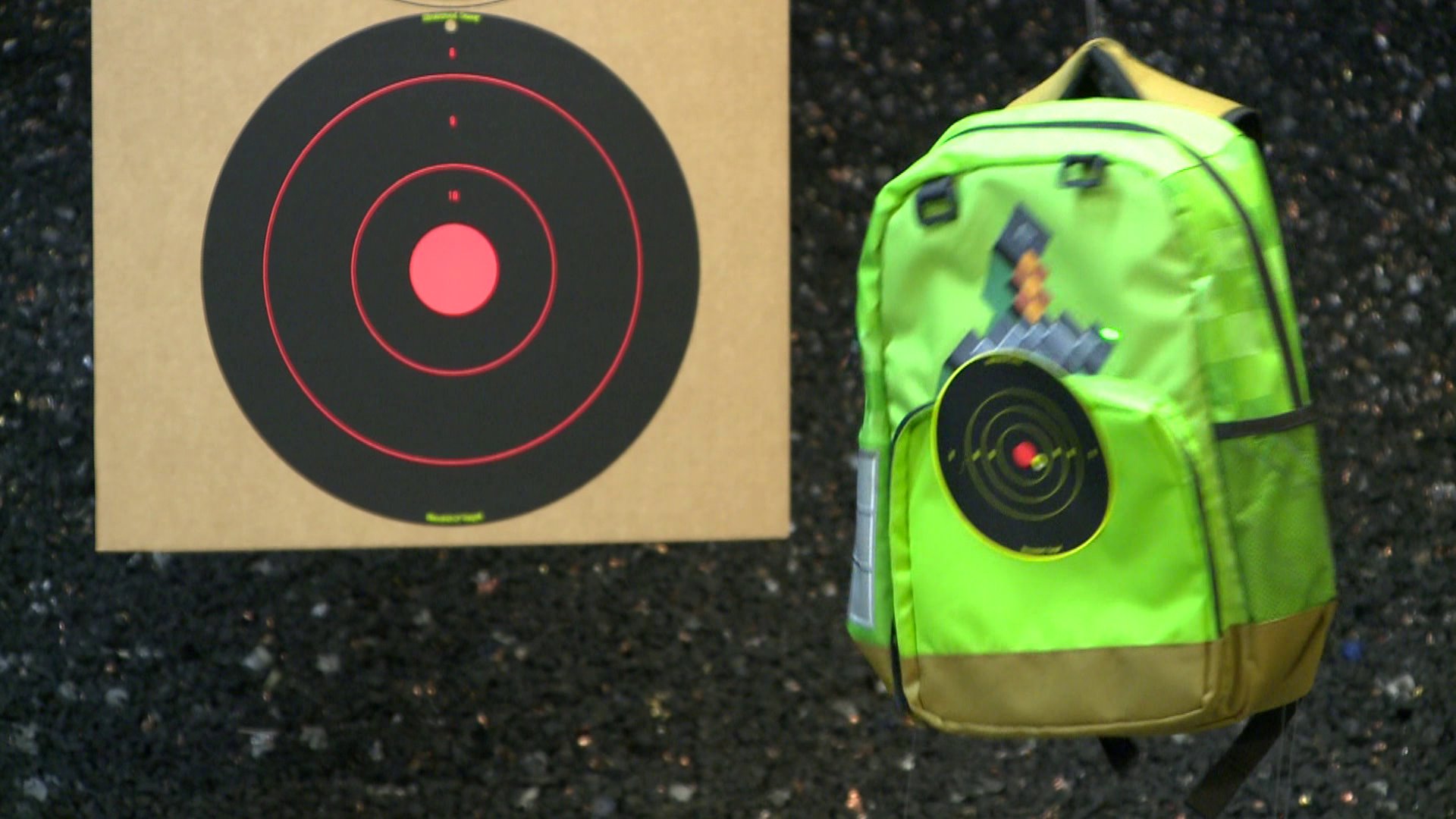