A 6-year-old boy’s lemonade raises $7,000 for the family of a slain deputy 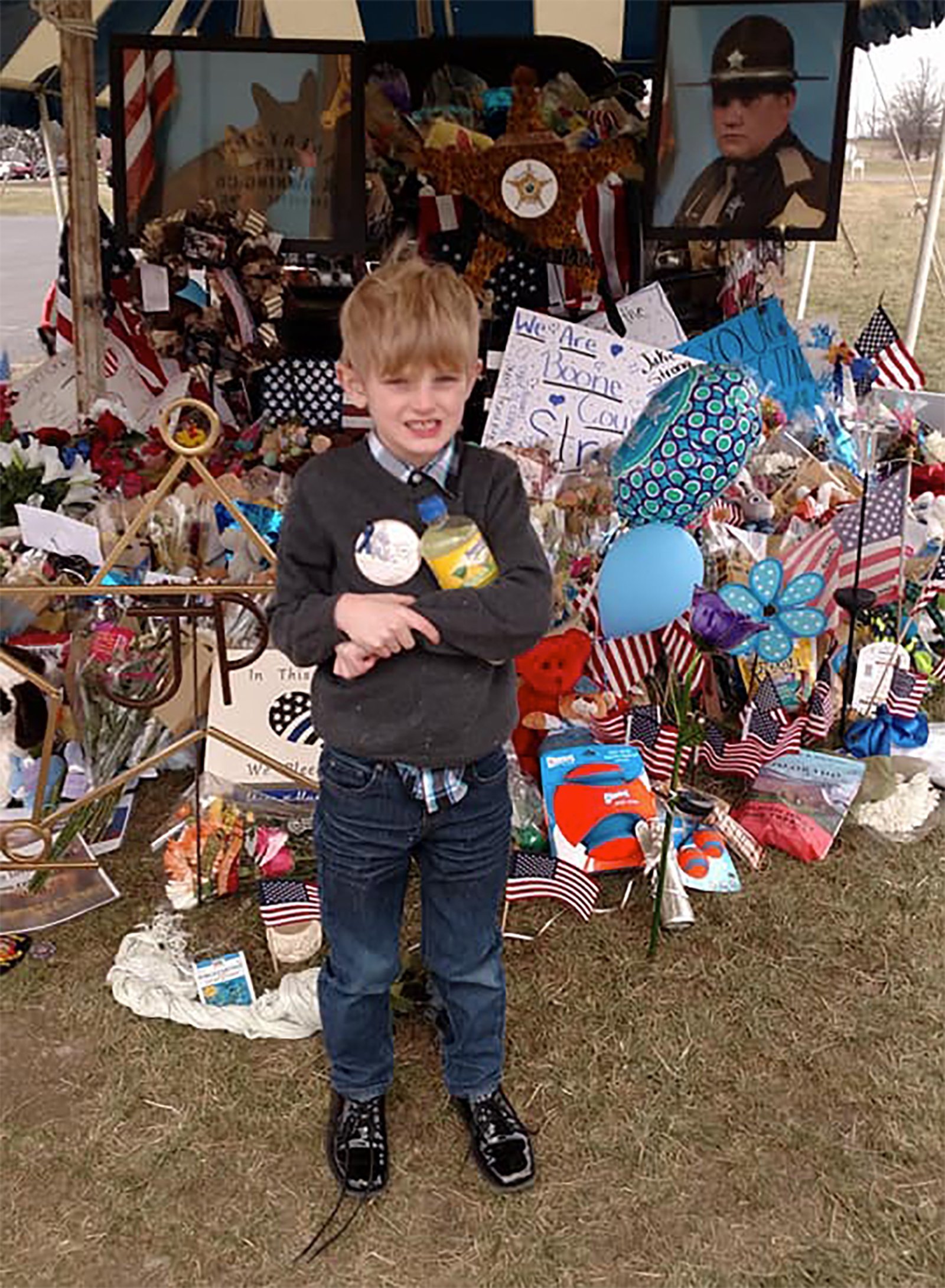 He has raised $7,000 dollars since last week — all of which will go to the family of a local sheriff deputy killed in the line of duty.

Deputy Jacob Pickett was fatally shot while chasing a suspect Friday.  At a memorial for the officer where people left tokens of respect, Malachi dropped off a hand-written note and a lemonade.

“He wants to be a police officer when he grows up,” Malachi’s dad Jason told CNN. “He is excited to sell lemonade because it is how he can serve and help others right now.”

When Malachi started his lemonade stand three years ago, he insisted that police officers, firemen and first responders get free cups.

Then last summer, the youngster first learned that his heroes could die in the line of duty. Southport Officer Aaron Allen was murdered while responding to a car crash.

Malachi wanted to make things better, and asked his parents if “Malachi’s Magnificent Lemonade” could raise money for the officer’s family. He collected over $2,000 and was invited to attend the funeral where he stood with the officers and saluted.

“Just seeing his heart, and how it affects others, is amazing,” Malachi’s father said with pride. “He has taught me to look for opportunities around us to help others and show love.”

Malachi is not letting the cold March weather stop him, and the community is helping him find places to move his lemonade enterprise indoors.

This weekend, he will be at a local library, mixing up pitchers of water with lemonade mix, heaps of sugar and a very good cause.