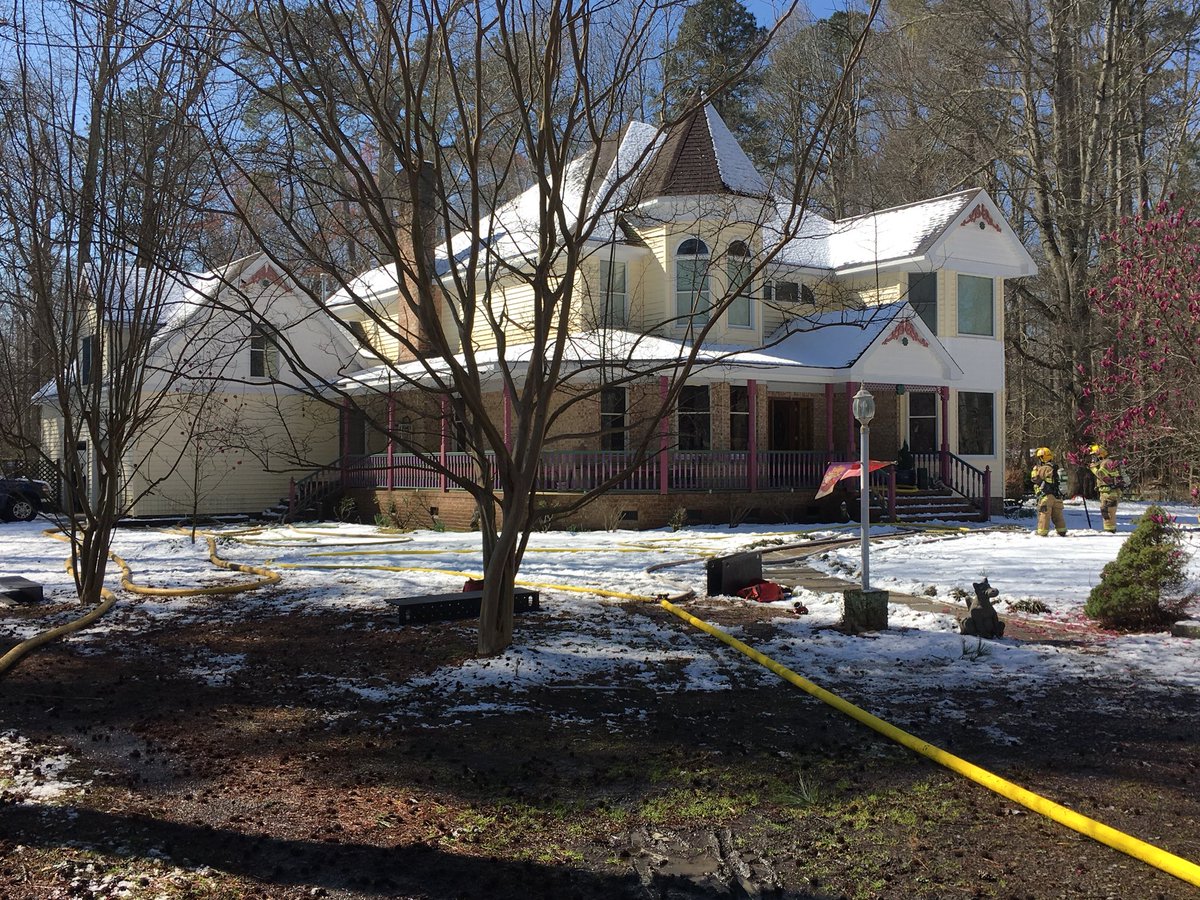 Firefighters were called to their home in the 3500 block of Kentucky Trail in the Deep Creek area at 10:34 a.m.

Crews arrived to find smoke coming from the two-story home. When they entered the home, they discovered flames inside the walls near a first-floor wood-burning stove.

To extinguish the fire, firefighters had to open the walls and ceilings on both floors. However, firefighters were able to contain the damage to the areas surrounding the wood stove and chimney.

According to Captain Scott Saunders with the Chesapeake Fire Department, it appears that the fire was caused by a malfunction with the wood stove.

No one was injured. The displaced residents have made other lodging arrangements.