‘Hoos historical upset: UVA is first ever No. 1 to lose to 16-seed in NCAA Tournament

The UMBC Retrievers celebrate their 74-54 victory over the Virginia Cavaliers. (Photo by Streeter Lecka/Getty Images)

CHARLOTTE, NC - One is done.

For the first time in the history of the NCAA men's basketball tournament, a number one seed has lost to a 16-seed. Virginia, the top-seed in the South region - and the number one overall seed in the 2018 NCAA men's basketball tournament, is stunned by 16-seeded Maryland-Baltimore County, 74-54 Friday in a first-round game in Charlotte's Spectrum Arena.

It's the most-monumental upset in the history of the 'Big Dance'. Number one seeds had been 135-and-0 all-time vs. No. 16 seeds prior to UMBC's historical upset.

"They played a terrific game," Virginia head coach Tony Bennett said after the game. "They thoroughly outplayed us and they did a heck of a job. Very hard to guard offensively and they defended us well."

UVA's 74 points allowed are the most it gave up all season, a year in which the 'Hoos boasted the nation's top-ranked defense. UMBC connected on 12-of-24 three-point attempts.

"If you play this game and you step into the arena, this stuff can happen," Bennett explained. "And those who haven't been in the arena or in the competition, maybe they don't understand that. But there's chances for wonderful things to happen, but when you're in the arena, stuff like this can happen and all those who compete take that on. And so we'll accept it."

Kyle Guy of the Virginia Cavaliers exits the court after their 74-54 loss to the UMBC.
(Photo by Jared C. Tilton/Getty Images)

Virginia, the nation's 309th ranked offense, shot just 41 percent from the floor. Kyle Guy and Ty Jerome led the team with 15 points each.

"You know, it's all a blur right now," Guy said. :It's really hard to answer these questions as you guys know. And one thing this team is really good at and built on is resiliency. I think bouncing back from something that's so heartbreaking will be a huge key for us. I just, you know, just feel so bad for (seniors) Isaiah [Wilkins] and Devon [Hall] and Nigel [Johnson] because it's not how we wanted to send them out."

UVA, the ACC regular season and conference tournament champion, finishes the season 31-and-3. 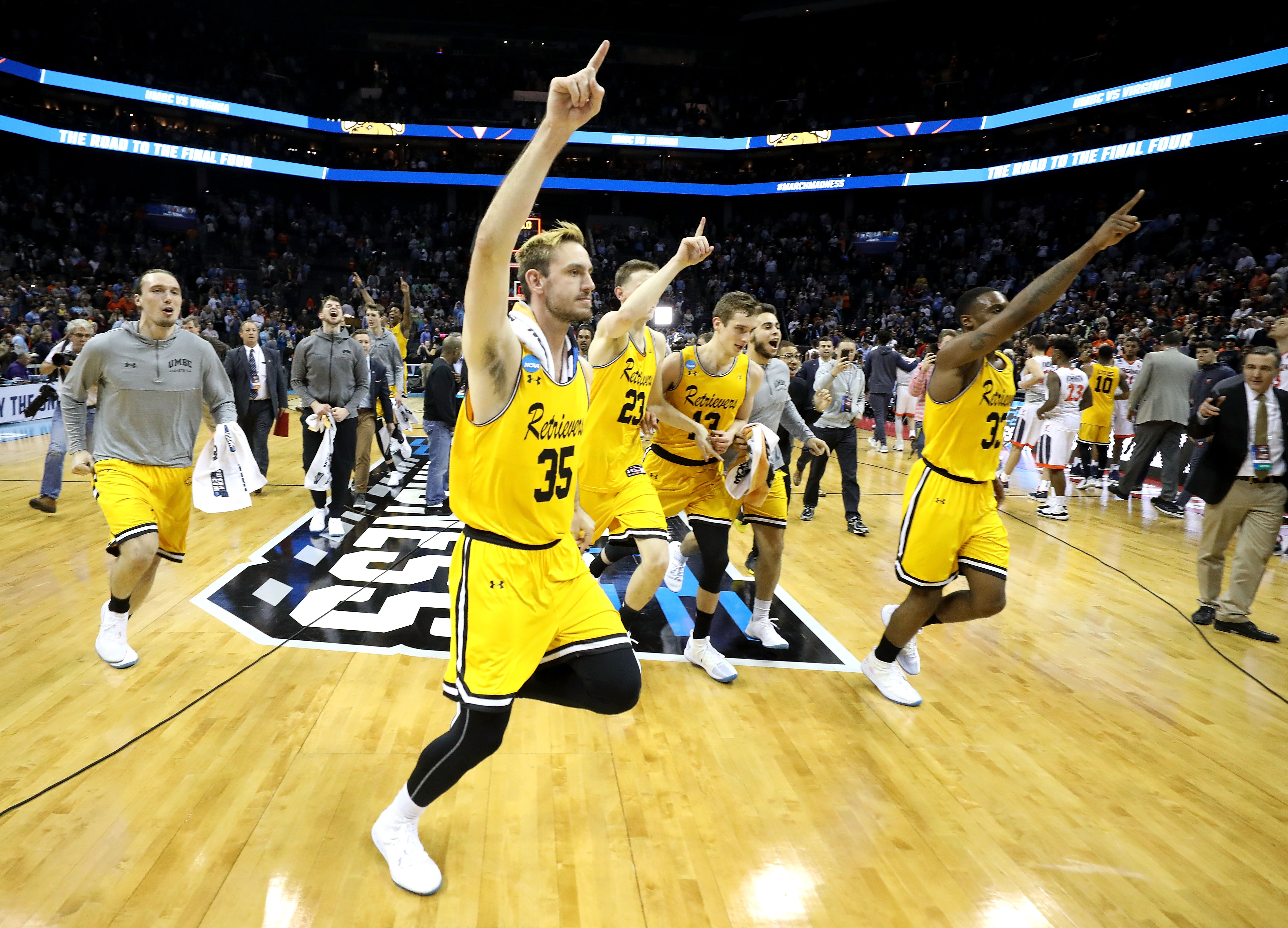