NORFOLK, Va. – Two men have been cited at Norfolk International Airport in the last 10 days after being caught with loaded guns in their carry-on bags.

In the first incident on March 6, a Chesapeake man was stopped after a Transportation Security Administration officer detected a 9 mm handgun inside his bag. The gun was loaded with five bullets.

In the second incident on March 15, a Hampton man was stopped after a TSA officer found a .22 caliber handgun in his bag. That gun was also loaded with five bullets, including one in the chamber. 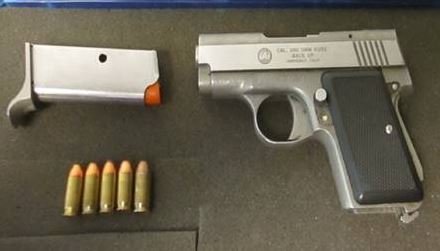 Both guns were detected as the bags passed through the x-ray machines at the security checkpoint.

As a reminder, individuals who bring weapons to a checkpoint are subject to federal civil penalties of up to $13,000. A typical first offense for carrying a handgun into a checkpoint is $3,900.

Passengers are permitted to travel with firearms in checked baggage if they are properly packaged and declared. Firearms must be unloaded, packed in a hard-side case, locked, and packed separately from ammunition. Firearm possession laws vary by state and locality. Travelers should familiarize themselves with state and local firearm laws for each point of travel prior to departure.