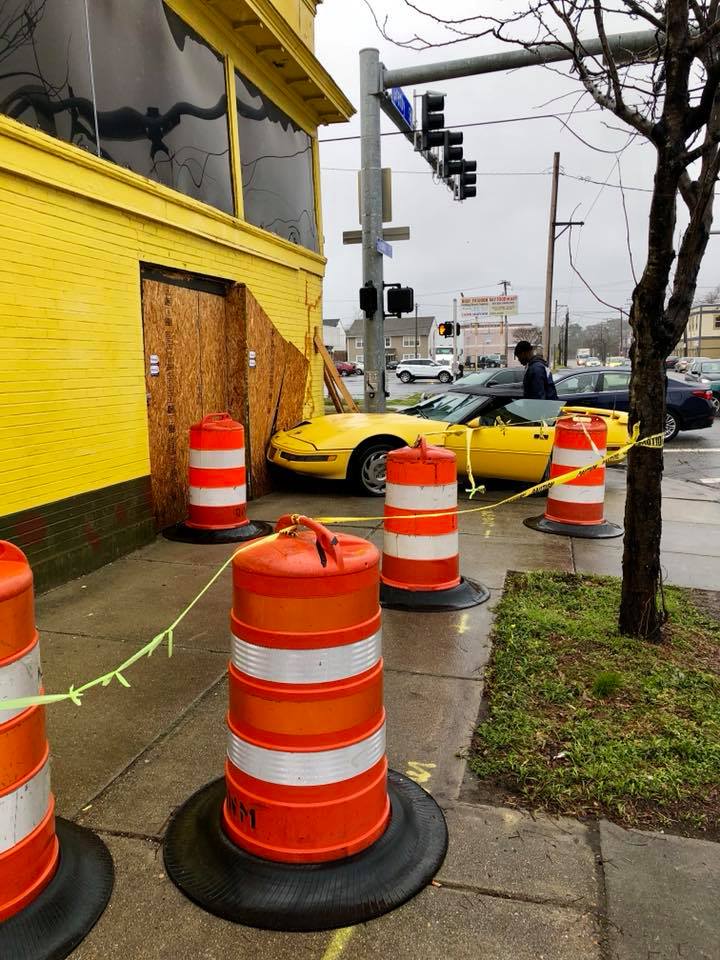 NORFOLK, Va. – A car has crashed into the M&G Army Navy Surplus store for the second time in less than six months.

According to the store’s owner, a yellow Corvette hit the building Tuesday around 12:45 p.m.

The owner says a Norfolk Police officer was shopping in the store at the time. After hearing the crash, he was able to rush outside and handle the scene. There were no injuries.

According to a post on the store’s Facebook page, they still haven’t fixed damage from a crash that happened in October.

“Un-doggone-believable. We haven’t even fixed the last damage from the last accident. It just happened again,” the post said. “And this because the City of Norfolk refused to put up protective bollards. They said it was a motor hazard. But what about the hazard to pedestrians?”