These are the victims of the Austin bombings

Two lives were cut short when explosive packages arrived on their doorsteps in Austin, Texas.

Anthony Stephan House was a senior project manager at Texas Quarries, a supplier of limestone from the state, according to his LinkedIn page.

Draylen Mason was a talented student and bass player accepted into the selective Butler School of Music at the University of Texas at Austin, CNN affiliate KXAN reported. 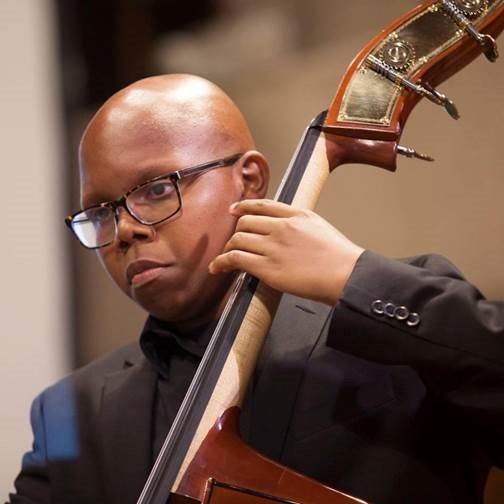 Three package bombs were left on the victims’ front porches or in their yards in east Austin homes over the course of 10 days, terrorizing the Texas capital. Then came two additional bombings this week, using different tactics, as anxiety mounted.

Finally, after 19 days of fear sweeping the city, police said a suspect in the bombings killed himself early Wednesday with an explosive device as they were closing in on him in Round Rock, north of Austin.

Police said a 23-year-old white male, identified as Mark Anthony Conditt, was responsible for the bombings. They are still trying to figure out the motive for the attacks, which left the city reeling after the two deaths and injuries of several others.

House, a 39-year-old African-American man, was killed in the first blast on March 2 on his front porch, according to police.

A 75-year-old Hispanic woman was wounded in a later blast on March 12. Authorities didn’t immediately release her name.

On March 18, a fourth bomb blew up and injured two men walking in upscale Travis Country neighborhood of southwest Austin. That device was left on the side of a road and triggered by a tripwire, police said.

And on March 20, a female FedEx employee suffered minor injuries when a package exploded on a conveyor belt at a facility in Schertz, a San Antonio suburb about an hour southwest of Austin.

House’s LinkedIn profile said he had worked for Texas Quarries since 2016. During that time, he had participated in commercial projects throughout the state, including at University of Texas properties and the Phillips 66 headquarters in Houston, his profile said.

Nelson Linder, Austin NAACP president, said he is friends with House’s stepfather, and that House once helped design the organization’s website.

House previously was a hedge fund and private equity investment manager, according to his LinkedIn page, which said he attended Texas State University-San Marcos.

Mason was the “most remarkable talent in a most remarkable youth orchestra program called Austin Sound Waves,” said Doug Dempster, dean of the College of Fine Arts at UT Austin, KXAN reported.

“At Sound Waves performances one could often see him leaning in to lead and coach younger and more tentative players,” Dempster told KXAN.

“His gentle confidence seemed to come from a conviction that hard work and talent was going to work for him. It did.”

“From everything I’ve heard about Draylen, he was an outstanding young man who was going places with his life, and it’s an absolute tragedy that he’s no longer with us,” Austin police Chief Brian Manley told reporters.

Both House and the slain teenager are relatives of prominent members of Austin’s African-American community. House was the stepson of Freddie Dixon, a former pastor at a historic black church in Austin, according to The Washington Post, and Dixon is friends with Mason’s grandfather.

Package explodes in San Antonio, then Austin police respond to reports of another incident

Austin bombs were ‘meant to send a message,’ authorities believe