NORFOLK, Va. - Thursday night, students were getting ready for Saturday's “March For Our Lives” event in Norfolk.

Students and others from around Hampton Roads will be protesting against U.S. gun violence and demanding gun control throughout the country.

The march begins at noon at Nauticus on Waterside Drive. Other marches are being held in Chesapeake, Newport News, and Williamsburg.

Events are happening around the world, including a massive one in Washington, D.C.

Organizers said there are roughly 700 other similar protests happening throughout the world.

The marches are in response to the deadly shooting that happened at in Parkland, Florida, where 17 people lost their lives when a former student started shooting people inside the high school.

Indivisible757 is organizing the event on Saturday in Norfolk.

Norfolk Police said they will be on hand to help monitor the event.

Organizer Kimberly Tucker sent out a press release that read in part:

“This march is the beginning of a year long campaign to communicate our expectations to legislators on both sides of the aisle whose positions are more aligned with the NRA and Virginia gun lobby than they are with the people they represent. We will hold them accountable.”

Madison, Churchland High School:
“I am marching because I want to give a better future for the upcoming generation. There is no reason we should have this many mass shootings. Children should be able to go to school without the fear of someone coming in and open fire on them.”

Mattie, First Colonial High School:
“We have counted on adults to protect us but now it’s obvious that we must take action to protect ourselves. The action starts on March 24th and won’t stop until we have common sense gun control.”

Lucas Anderton, American University
“We can’t have an honest conversation about gun control without talking about how gun violence happens everyday in Chicago, LA, and right here in Hampton Roads. Black and brown people have been dealing with gun violence for years and their voices should be heard too.” 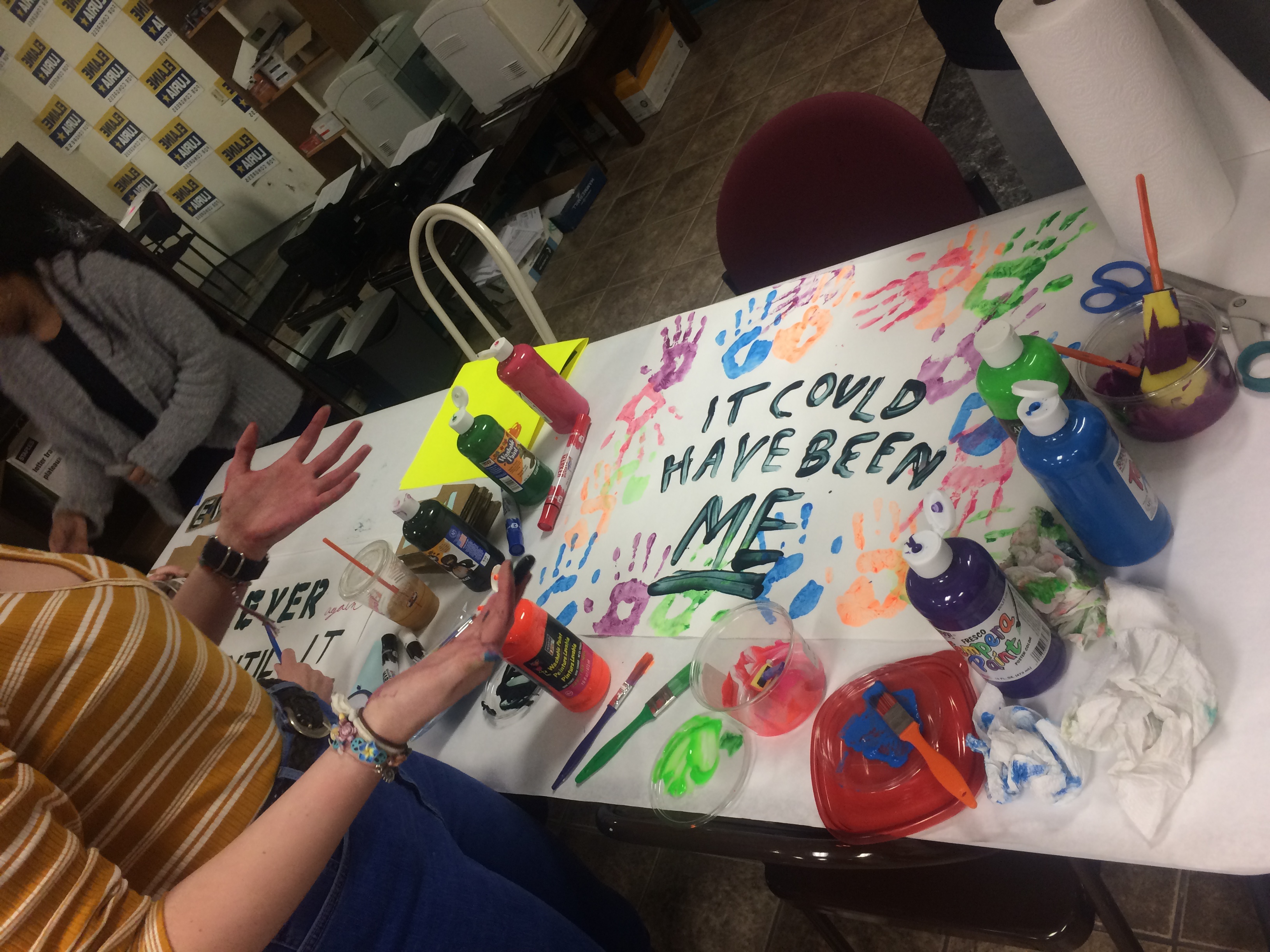