NORFOLK, Va. - A Virginia Beach man was locked up Friday after being accused of threatening to kill Congressman Scott Taylor (R-Virginia Beach) and members of his staff over marijuana policies, according to federal prosecutors.

Wallace Godwin went in front of a judge briefly in the Norfolk Federal Courthouse Friday afternoon.

Court documents alleged Godwin threatened to bring his shotgun to Taylor’s event that is scheduled to take place Saturday.

69-year-old Godwin is accused of going into Taylor’s Office in Virginia Beach Thursday and getting frustrated about marijuana policies with Taylor’s staff.

Court records state that Godwin has a concealed weapons permit.

The records say that Godwin allegedly said, “Scott is having an event this Saturday. I am going to get my shotgun and do something about this. I will just handle this myself.” Godwin is then accused of pointing at two staffers in the room and stating, “You two are next.”

Taylor addressed the media Friday afternoon. He said Godwin has been rude to his staff before and has even showed up at his home in the past.

Godwin is outspoken about his anti-marijuana stance on social media, and last year court records indicate he even tried to sue the government for $500 million  for not enforcing the federal marijuana laws. The case got dismissed.

Taylor has worked to decriminalize marijuana on a federal level, and he said that’s angered Godwin.

News 3 went to Godwin’s home, but no one answered the door.

We spoke to several neighbors. Some were shocked by the arrest, but Rhonda Solomon, who lives across the street, said she is not surprised at all.

“He has always been aggressive to me,” said Solomon.  She said they have got into several arguments that escalated quickly.

“I’m anti-marijuana too, but that doesn't mean I'm going to come out and threaten to kill somebody over it,” said Solomon.

Marvin Hall also lives nearby and expressed concern for his neighbor.

“Anytime somebody doesn't get help, I feel bad for him. I mean, what he did wasn't right," he said.

Taylor praised law enforcement and his staff for their quick actions and had a message to those with differing opinions.

“I think everybody needs to calm down. We just need to calm down and realize we’re not going to agree on every single issue,” said Taylor.  He encouraged people to resolve differences peacefully and said threats of violence are unacceptable.

Godwin is accused of threatening to murder and assault a United States Official and faces a maximum of 10 years in prison, however typically sentences are less than the maximum penalties, according to federal prosecutors.

“I'm hopeful this charge will send a message.  It sends a signal and a message of deterrence,” said Taylor.

Godwin is scheduled to appear in front of judge here next Tuesday for a bond hearing at 2:30 p.m. 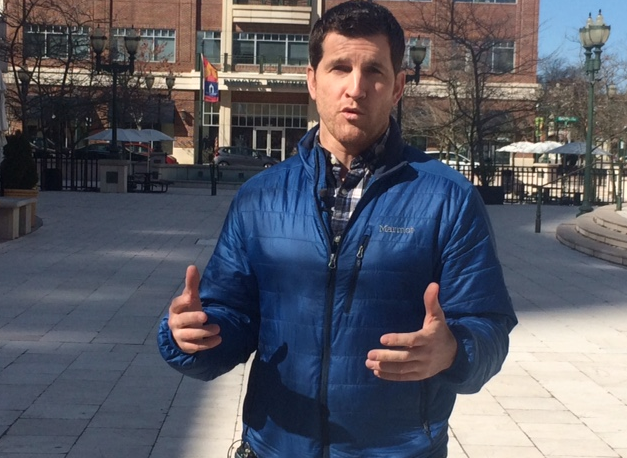