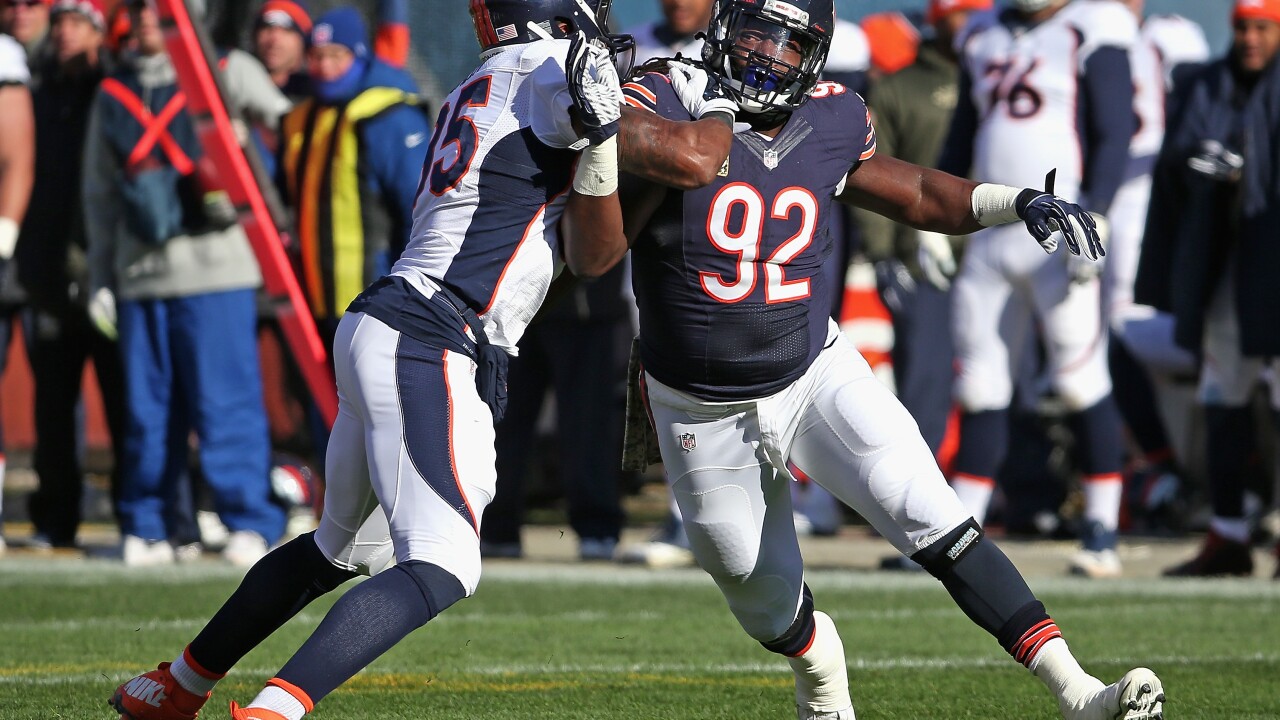 CHICAGO, IL – NOVEMBER 22: Pernell McPhee #92 of the Chicago Bears rushes against Virgil Green #85 of the Denver Broncos at Soldier Field on November 22, 2015 in Chicago, Illinois. The Broncos defeated the Bears 17-15. (Photo by Jonathan Daniel/Getty Images)

LOUDON COUNTY, Va. – After a season full of injuries that decimated the Redskins defensive line and linebackers group, it was almost a certainty that the team would make offseason moves to shore up their core depth.

On Monday, the ‘Skins announced the signing of veteran linebacker Pernell McPhee. Terms of the deal were not disclosed.

Originally drafted by the Ravens in 2011, McPhee spent the last three seasons in Chicago, playing in 13 games in 2017.