NORFOLK, Va. - The Navy's next generation fighter jet marked another major milestone this month on a Norfolk-based aircraft carrier.

A total of 140 traps were completed on the Lincoln by pilots assigned to the "Rough Raiders" of Strike Fighter Squadron (VFA) 125 and the "Grim Reapers" of VFA 101. The night and day qualifications are in anticipation of F-35C operational testing later this year.

One of the major milestones for the qualifications was the operational use of the foldable-wing feature on the F-35C. It's a critical component of the integration of the F-35C with the Hornets, Super Hornets, and Growlers, by allowing for the movement of the different platforms on the flight deck.

"My original platform is the Hornet, which I've flown for the past three years," said Lt. Nick Rezendes, a pilot attached to VFA 101, who qualified on the F-35C during this CQ. "I wanted to switch to flying the Navy's newest aircraft, and now that I have, I wouldn't mind sticking with it for the rest of my career." 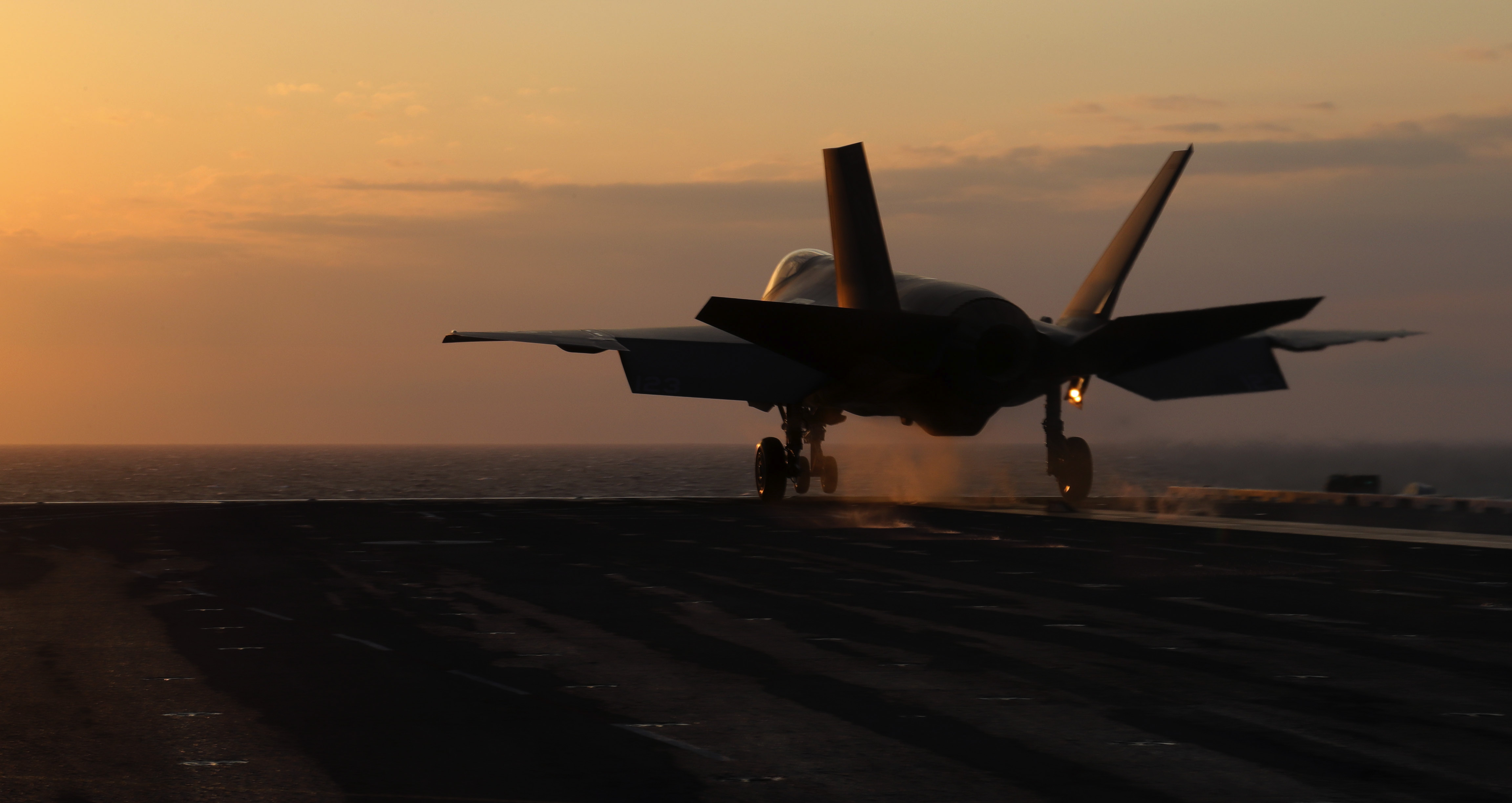