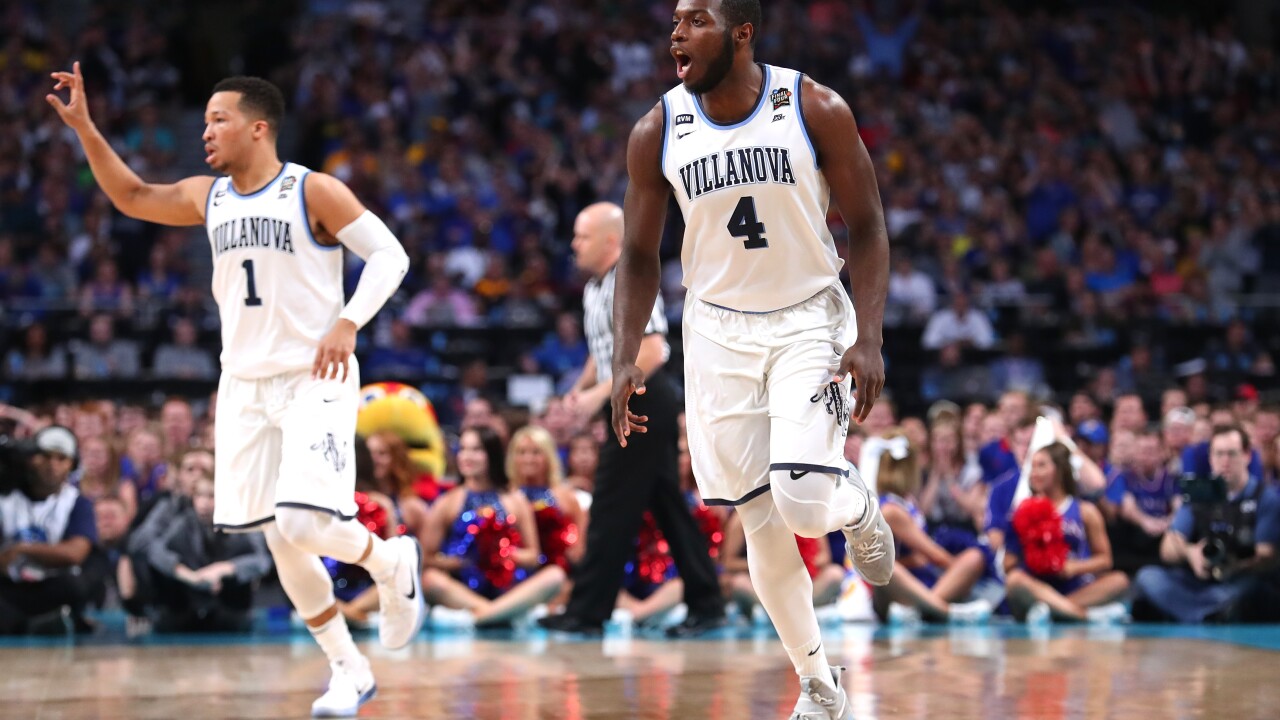 SAN ANTONIO, Texas – In the preceding game, Michigan and Loyola-Chicago combined for eight three-pointers. In 20 minutes of action, Villanova had knocked down 13, tying the Final Four record for most three-pointers…in a game.

They’d break that record in the second half, finishing the contest with 18 made treys, and a wire-to-wire win over Kansas 95-79. The entire Villanova starting five scored in double figures, led by forward Eric Paschall with 24 points.

Jalen Brunson, the AP National Player of the Year, chipped in 18 points and six assists. As a team, the Wildcats shot 55-percent from the field, while holding Kansas to 44-percent.

The Wildcats reach the NCAA Championship game for the second time in the last two seasons after beating North Carolina in 2016.