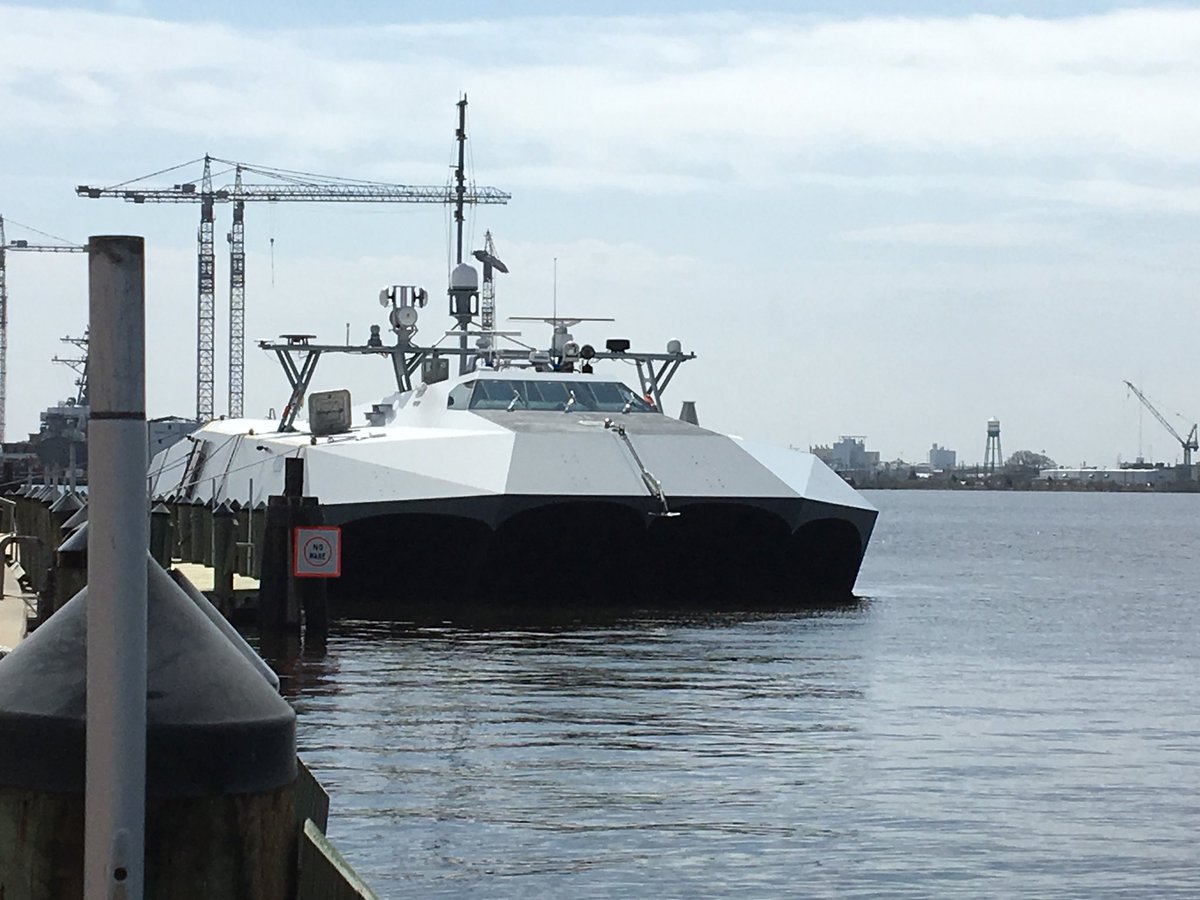 The ship is an M80 Stiletto, a carbon fiber stealth vessel originally built as an experiment for the Department of Defense. It’s operated by the Naval Surface Warfare Center at Joint Base Little Creek-Fort Story.

Research has revealed that the ship doesn’t have a particular role in the fleet, as it is still considered an experimental ship being tested for a variety of purposes.

Previous uses have included a job for NASA picking up a test payload after a rocket launch from Wallops Island and a stint in Colombia aiding in the war on drugs with a capture of 1,800 pounds of cocaine.

The ship is revolutionary with its intelligence surveillance and reconnaissance systems, mine clearing equipment, fast speeds and ability to travel in shallow water.