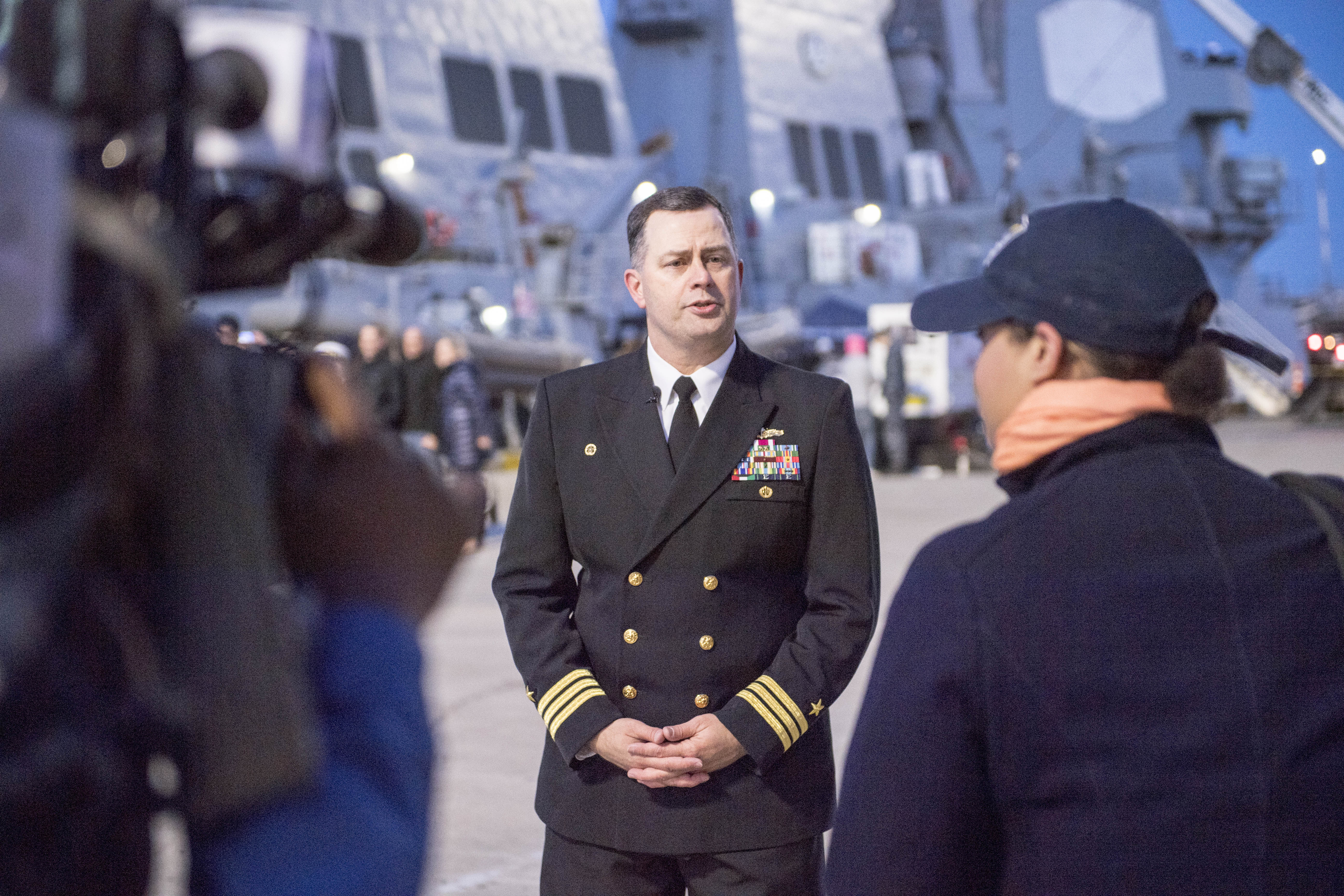 The ship is heading to the Navy’s 5th and 6th Fleet areas of operation.

“With the dynamic geopolitical landscape in 5th and 6th Fleets, the wardroom and crew are excited to do our part to maintain maritime security and support our allies,” said Lt. Dave Nicolas Churchill’s operations officer.