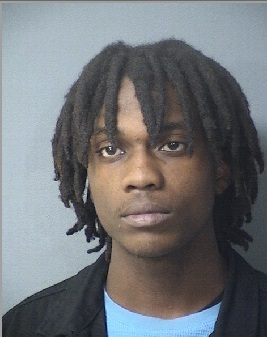 NORFOLK, Va. – Detectives with the Norfolk Police Department have arrested four people in connection to a shooting that left a man injured in the 1700 block of Wilson Road Wednesday night.

The call came in shortly before 8 p.m. Police arrived at the scene to find a man suffering from a gunshot wound.

Authorities say the victim’s injuries are non-life threatening. He was taken to Sentara Norfolk General Hospital for treatment and is expected to recover.

21-year-old Treyshon Eason was charged with felonious assault and three counts of conspiracy to commit a felony.

18-year-old Caleb Mourning was charged with felonious assault, conspiracy to commit a felony and use of a firearm in the commission of a felony. In Norfolk Circuit Court on Monday, September 30, 2019, Mourning took a guilty plea and was sentenced to five years in prison and five years indefinite probation for unlawful wounding.

Mourning’s charges of using a firearm in commission of a felony and maliciously discharging a firearm were nolle prossed.

19-year-old Malik Brown has been charged with felonious assault and three counts of conspiracy to commit a felony.

20-year-old Karron Dessus has been charged with felonious assault and three counts of conspiracy to commit a felony.

Eason, Brown and Dessus’ charges were nolle prossed on October 9, 2019.

All four suspects are being held in the Norfolk City Jail without bond.