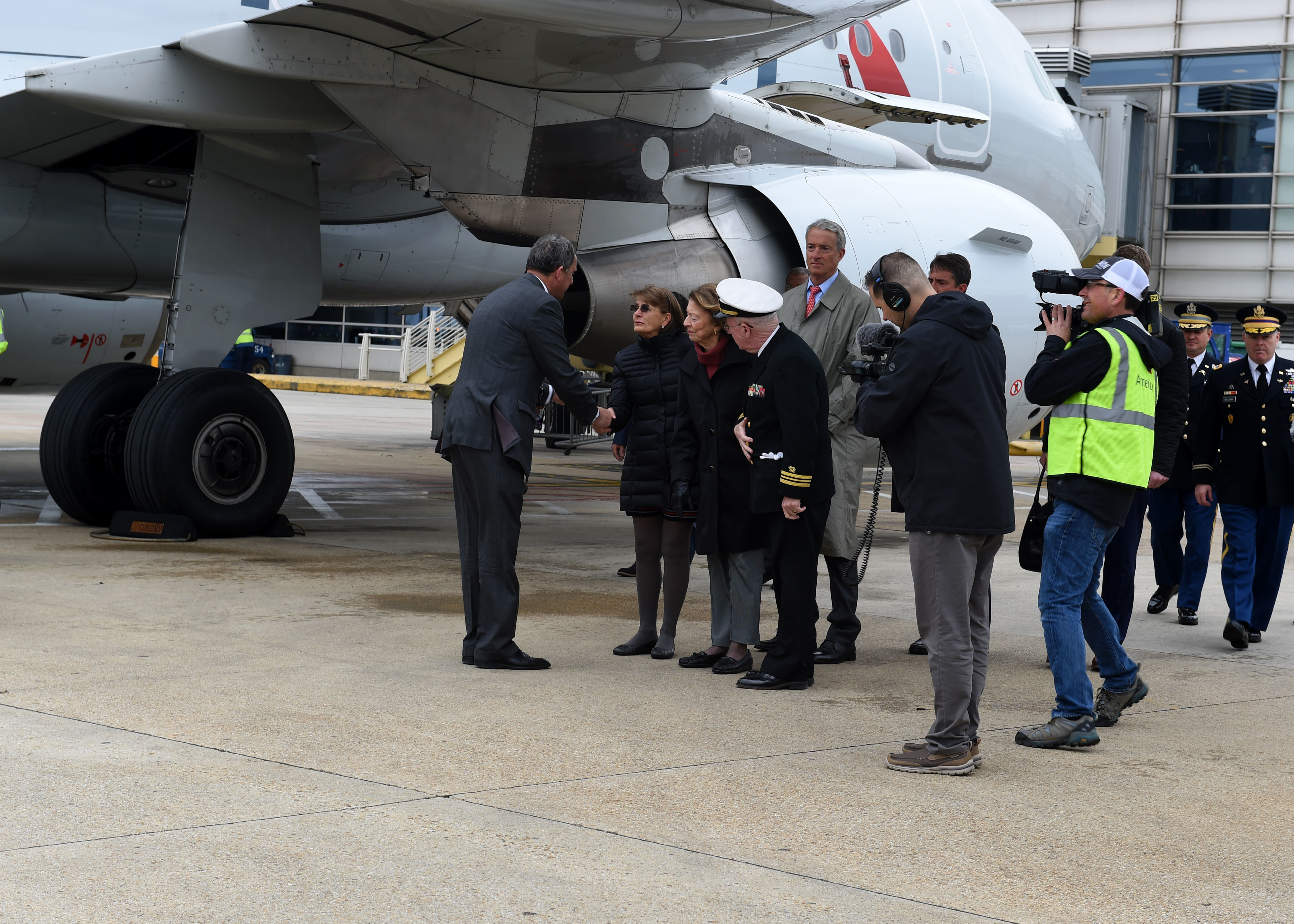 Navy Capt. Thomas J. Hudner, Jr., was a naval aviator who passed away on November 13, 2017. He was awarded the Medal of Honor in 1951 for his actions in the Battle of the Chosin Reservoir during the Korean War.

Hudner flew with VF-32 at the time he earned his Medal of Honor.

His Medal of Honor citation reads:

For conspicuous gallantry and intrepidity at the risk of his life above and beyond the call of duty as a pilot in Fighter Squadron 32, while attempting to rescue a squadron mate whose plane struck by antiaircraft fire and trailing smoke, was forced down behind enemy lines. Quickly maneuvering to circle the downed pilot and protect him from enemy troops infesting the area, Lt. (J. G.) Hudner risked his life to save the injured flier who was trapped alive in the burning wreckage. Fully aware of the extreme danger in landing on the rough mountainous terrain and the scant hope of escape or survival in subzero temperature, he put his plane down skillfully in a deliberate wheels-up landing in the presence of enemy troops. With his bare hands, he packed the fuselage with snow to keep the flames away from the pilot and struggled to pull him free. Unsuccessful in this, he returned to his crashed aircraft and radioed other airborne planes, requesting that a helicopter be dispatched with an ax and fire extinguisher. He then remained on the spot despite the continuing danger from enemy action and, with the assistance of the rescue pilot, renewed a desperate but unavailing battle against time, cold, and flames. Lt. (J. G.) Hudner’s exceptionally valiant action and selfless devotion to a shipmate sustain and enhance the highest traditions of the U.S. Naval Service.

Hudner spent 27 years in the Navy.

“He was the most self-effacing modest guy you’d ever meet,” said Hennessey. “Everyone knew him, he was such a warm and friendly guy. Everyone loved him”

Hudner was extremely active in the veteran’s community of Massachusetts, even going so far as to serve as the Commissioner of the Commonwealth of Massachusetts Department of Veterans’ Services from 1991 to 1999.

He died at his home in Concord, Massachusetts at the age of 93.

The Arleigh Burke-class guided missile destroyer USS Thomas Hudner is named for him. The ship is being constructed at Bath Iron Works in Bath, Maine and is expected to be commissioned in late 2018.