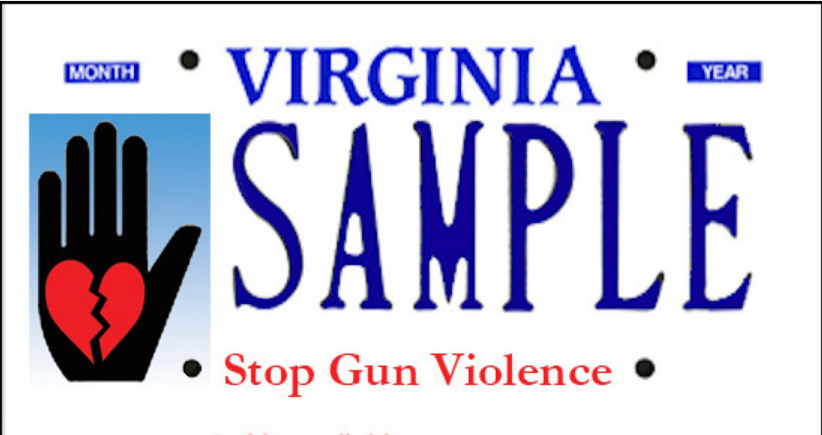 In a session when gun safety proponents failed to make gains despite concern over recent mass shootings in Florida, Texas and Las Vegas, even the license plate bill was controversial.

Del. Marcus Simon, D-Fairfax, introduced HB 287 after one of his constituents, Carol Luten, came up with the idea. Luten is involved in raising awareness about gun violence prevention and gun safety in Falls Church.

“Mostly it was a constituent request that happened to fall in line with one of my priorities anyways,” Simon said. “She said it’s like a moving billboard for her cause.”

The bill was more controversial than Simon expected. What he thought as simple license plate bill turned out to be more, as it drew opposition from the pro-gun Virginia Citizens Defense League.

“The license plate’s proposed wording implies that violence which is not committed with a firearm is somehow acceptable by comparison, or that the inanimate object itself is responsible for human violence,” the league said in its position statement on the bill.

Another controversial portion of the bill came up when Del. Matt Fariss, R-Campbell, introduced an amendment that would make the plates revenue-sharing rather than simply highlighting an interest. Starting in 2020, the plates will cost $25: $10 will go toward making the plates themselves and $15 will go to the state Department of Behavioral Health and Developmental Services

“I am against all gun violence,” Fariss said. “I feel like most gun violence is due to behavioral and mental issues. I wanted to make sure that funding would be directed to and available for the Department of Behavioral Health to help.”

Simon says this was the most controversial portion of the bill.

Simon described the session as a tough year for bills related to guns. More than 70 such measures were filed at the start of the session.

“This is the one piece of legislation on either side that managed to thread the needle and get out of the legislature,” Simon said.