Masters champ Patrick Reed confronts negative headlines: ‘I am who I am’ 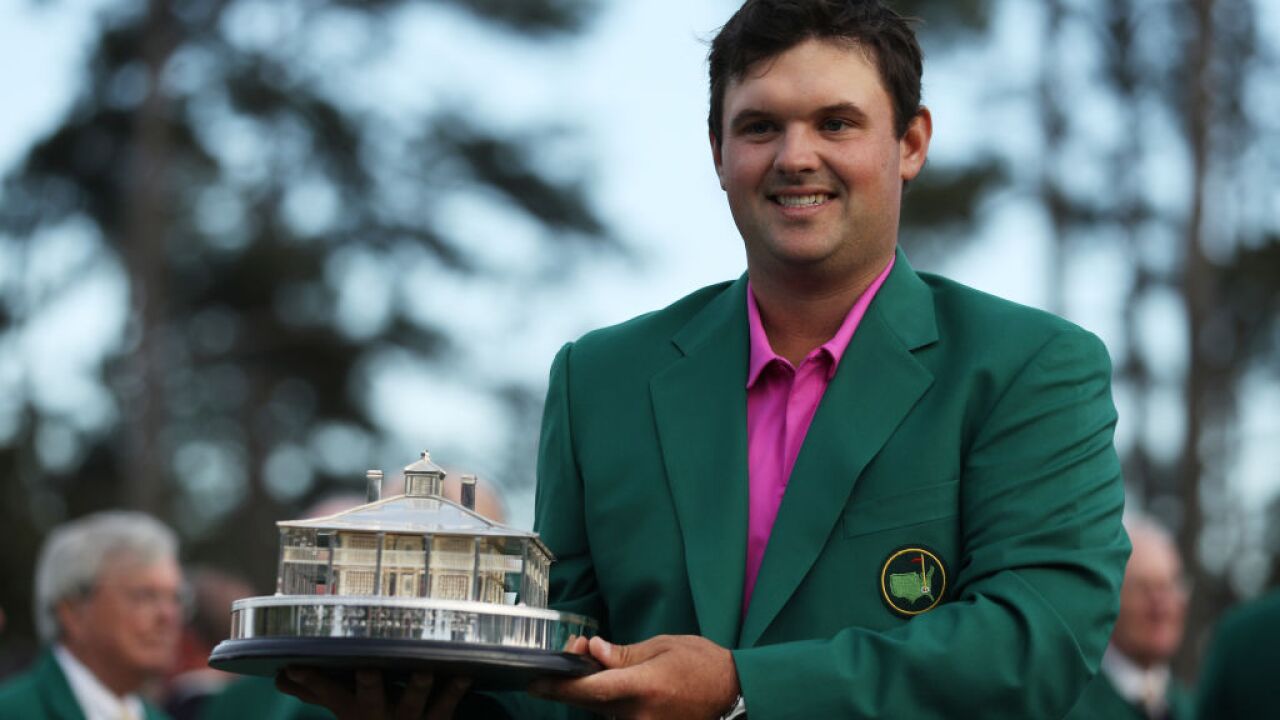 AUGUSTA, GA – APRIL 08: Patrick Reed of the United States celebrates with the trophy during the green jacket ceremony after winning the 2018 Masters Tournament at Augusta National Golf Club on April 8, 2018 in Augusta, Georgia. (Photo by Patrick Smith/Getty Images)

Patrick Reed knows he’s probably not the Masters champion every golf fan would have wanted.

AUGUSTA, GA – APRIL 08: Patrick Reed of the United States celebrates with the trophy during the green jacket ceremony after winning the 2018 Masters Tournament at Augusta National Golf Club on April 8, 2018 in Augusta, Georgia. (Photo by Patrick Smith/Getty Images)

But the controversial American won’t let that take the shine off his first major triumph, secured Sunday after the challenges of Rory McIlroy, Jordan Spieth and Rickie Fowler all fell away.

“Honestly, it doesn’t really concern me,” the 27-year-old, who finished 15-under par for the tournament, told CNN Sport’s Don Riddell. “I am who I am.”

“You know that once you’re successful, there’s going to be good things and bad things that people say and, honestly, to me it doesn’t really matter.”

A large amount of the patrons who lined the course at Augusta National arrived in hope of seeing McIlroy complete a career grand slam of golf’s four major tournaments.

The support he received was more than that afforded to Reed, who has been accused of arrogance and misdemeanors during his college and professional careers.

Reed is a fierce competitor who has always split opinion, earning the nickname “Captain America” for his bullish displays at the 2014 Ryder Cup.

And over the four days of the Masters, he used the agnosticism from parts of the crowd to fuel his challenge for the right to wear the tournament’s green jacket.

“But that’s another thing that just kind of played into my hands. Not only did it fuel my fire a little bit, but also it just takes the pressure off of me and adds it back to him.”

Reed’s breakthrough success is likely to put his controversial past under greater scrutiny — thanks in part to an article published Sunday by Golf.com.

It detailed Reed’s estrangement from his parents and younger sister, while also resurfacing allegations of cheating made by colleague teammate’s in Shane Ryan’s book Slaying the Tiger.

Reed denies that he cheated.

There’s also the underage drinking and possession of a fake ID in Reed’s first year at the University of Georgia, for which the freshman was fined and sentenced to 60 hours of community service.

Reed also drew the ire of the golf world when he claimed he was “a top five player” after winning just his third PGA Tour title back in 2014.

“Honestly, I don’t ever regret anything I say,” Reed told reporters. “I stand by my comments.”

“I’ve evolved into childhood; childhood into high school; high school into college; college into professional golf,” he elaborated when talking to CNN. “They’re just chapters in my life.”

Asked by a reporter why some fans root against him, Reed replied: “I don’t know.

“Why don’t you ask them? I mean, I have no idea, and honestly I don’t really care what people say on Twitter, or if they are cheering for me or not cheering for me. I’m out here to do my job, and that’s to play golf.”

Those who know the six-time PGA Tour winner best talk of his unwavering devotion to the game from the day he received his first set of plastic clubs as a boy.

No wonder he described Sunday’s result as “a dream come true.”

“I really haven’t come off cloud nine yet,” said Reed. “To actually finally be sitting down and have my first major be the green jacket, and to be able to sit here wearing it, it’s a surreal moment for me and it’s something that I’ll never forget.

There’s certainly no glass ceiling to the American’s ambitions.

“I feel like I played the golf that I need to play in order to get to where I want to be, and that’s to be the best golfer in the world,” he said after moving up to No. 11 in the world rankings.

It took Reed until the 2017 PGA Championship to even secure a top-10 finish at a major — something he put down to putting “too much pressure” on himself.

This week was different. Gone was the fixation with hitting “the perfect shots.” Instead, Reed just went out there and played.

“I had my caddy remind me of that the entire week,” he reflected. “Just be you. Play golf. If you get riled up, show it. If you aren’t happy about something, it’s all right. Just play golf.”

He certainly did that.