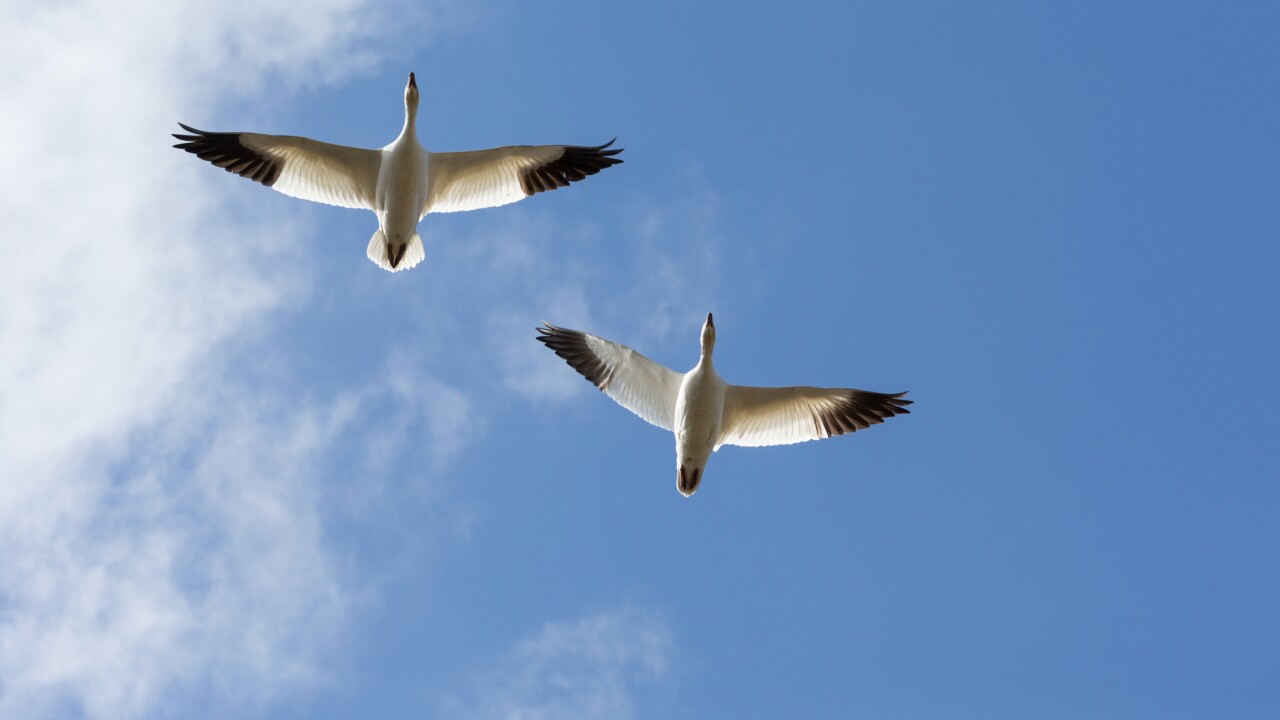 Idaho Falls More than 50 geese suddenly fell from the sky into a parking lot Saturday evening in what officials are calling a “freak accident.”

Idaho Department of Fish and Game conservation officers believe the birds were struck by lightning during a ferocious hail and thunderstorm between 7:30 to 8 p.m. All of the geese were discovered near Yellowstone Avenue and Lincoln Road in Idaho Falls.

“I picked up 48 snow geese and three ross geese after we were notified about the birds from Bonneville County dispatch,” IDFG officer Jacob Berl tells EastIdahoNews.com. “There were quite a few more on the roofs out there that will be removed Monday.”

All of the geese were dead and fell from the sky at the same time in a several hundred yard radius, according to Berl. That leads him to believe that a lightning strike killed the birds.

“Several of the geese had their stomachs blown open and all of them were dead. None were injured,” Berl says. “Hail likely would have knocked them out of the sky but they would have been able to glide down and land at different places.”

Snow geese fly at high elevations to the point they often aren’t visible from the ground , according to Buhl. The flock may have been headed to Canada for spring migration when the storm hit.

“It was just a freak accident. It’s sad to see any animal die, but fortunately snow geese are pretty abundant and are not a rare or threatened species,” Berl says.

The Idaho Department of Fish and Game did not receive other reports of birds falling from the sky Saturday but similar situations around the world have been reported in the past. In 2016, six dead ducks fell from the sky in a Canadian neighborhood during a lightning storm.

Berl and other conservation officers will be back in the area Monday as business owners remove the remaining dead geese from their roofs.

Fish and Game officials will then test the remains to rule out any other possible cause of death and dispose of the carcasses.