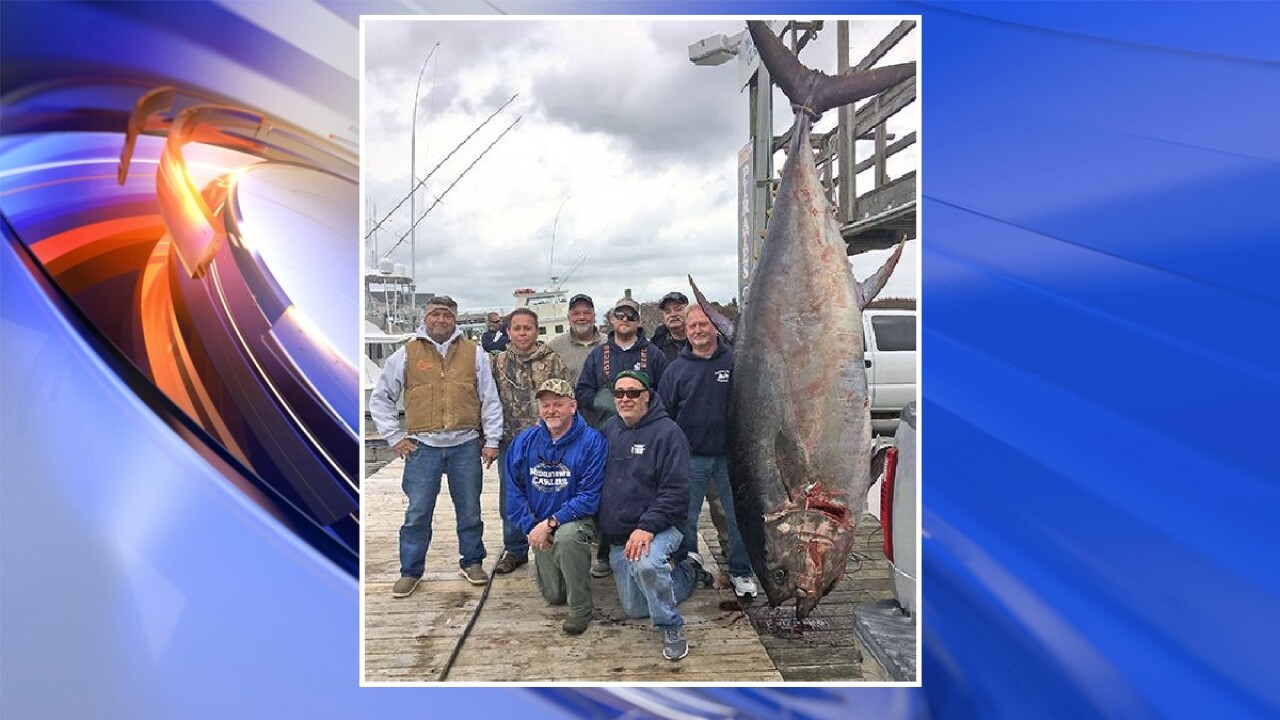 MOREHEAD CITY, N.C. – A Delaware fisherman broke a North Carolina state record in March by hauling in a monster catch!

Retired Army General Scott Chambers was fishing off Oregon Inlet when he snagged an 877-pound bluefin tuna. After fighting the fish for two-and-a-half hours, Chambers was able to reel it in.

The tuna measured 113 inches curved fork length (tracing the contour of its body from the tip of its nose to the fork in the tail) and had a girth of 79 inches.

Chambers caught the fish using trolling dead bait on 130 pound line test on a 130 Shimano rod and reel. He was aboard the charter boat A-Salt Weapon fishing out of Pirates Cove Marina in Manteo.

His 877-pound catch broke the previous North Carolina state bluefin record by 72 pounds. That fish was caught in 2011, also off Oregon Inlet. The world record for all-tackle caught bluefin tuna is 1,496 pounds, caught off Nova Scotia in 1979.