NEWPORT NEWS, Va. – Police need your help finding a man who they say tried to rob a man at gunpoint.

On March 7 at 8:20 p.m., police responded to the intersection of 27th Street and Chestnut Avenue. The victim, a 73-year-old man, was sitting in his car in the parking lot of the Dochiki Civil & Social Club when a man came up to his car, pulled out a gun and demanded the victim to get out of the car.

The victim refused and the suspect hit him in the face multiple times, then ran way when someone opened the back door to the social club.

The victim did not report any injuries and nothing was taken.

Police have released photos that of a man that may have information about the attempted robbery. If you recognize the man in these pictures call the Crime Line at 1-888-LOCK-U-UP or Detective J.D. Alexander of the Newport News Police Department Robbery Unit at 757-928-4211. 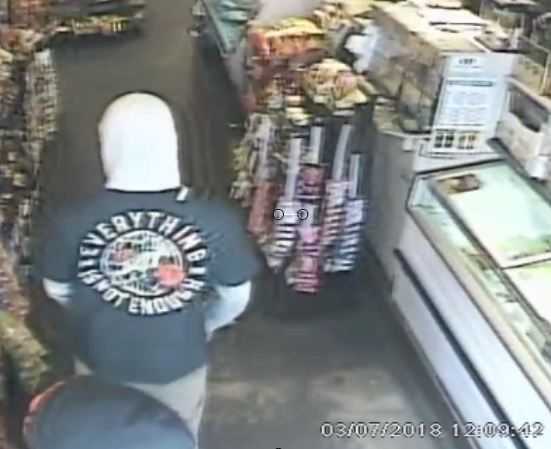