More than 80 dead from drinking bootleg alcohol in Indonesia

Police in Indonesia are promising to crack down on the distribution of bootleg alcohol as deaths this month from drinking illegally produced toxic liquor rose to at least 86.

The majority of the deaths were in the province of West Java, but fatalities have also been reported in the capital Jakarta, and South Kalimantan, said national police spokesman Inspector General Setyo Wasisto. In Bandung, West Java, 141 people have been admitted to hospital with symptoms of alcohol poisoning, authorities said.

“They (bootleggers and their distributors) are part of a close-knit community. Sometimes, when police come to check on a tip they have already put the bootleg alcohol away. They know who their customers are when they come. It’s much like a clandestine narcotics network,” Setyo said. 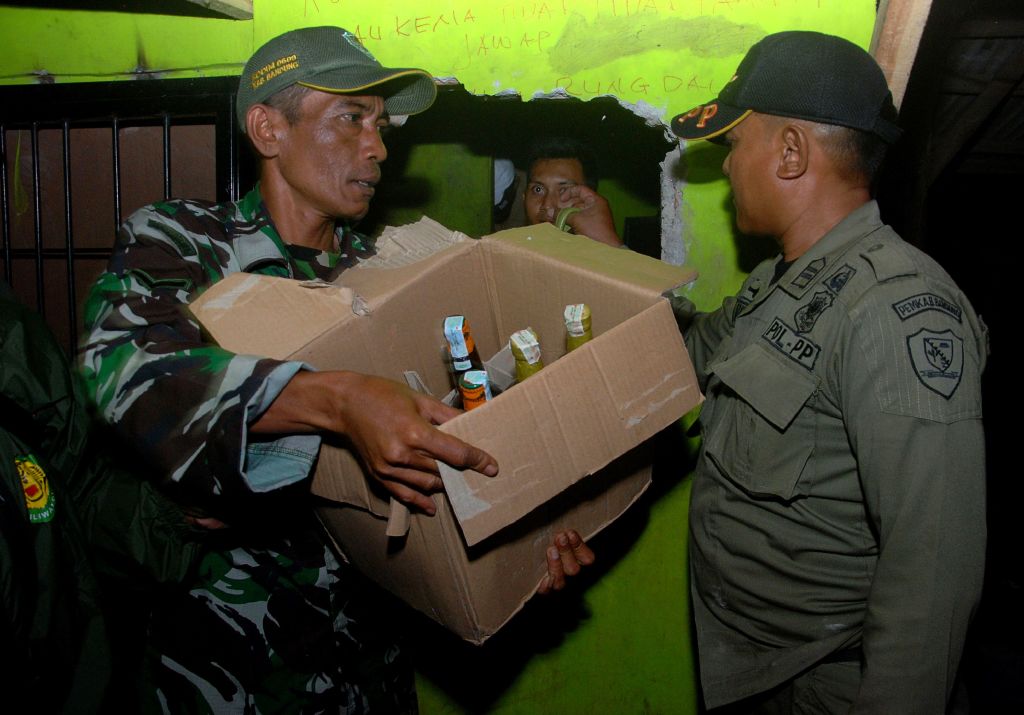 “In the past, bootleg alcohol was found to be a mixture of alcohol and energy drinks. Some are a mix of pure alcohol, carbonated drinks and an ingredient used in anti-mosquito repellent.”

Police have promised to stamp out the scourge before the Islamic holy month of Ramadan beginning mid-May, with a new task force being created to handle the assignment. Seven people have been arrested so far in connection with the deaths, four in Jakarta and three in West Java province, said Argo Yuwono, a spokesman for South Jakarta police.

In response to the recent spate of poisonings, police have rounded up sellers of bootleg alcohol in affected areas, and sent samples of seized liquor to the country’s Drug and Food Control Agency for forensic evaluation, according to the state-run Antara news agency.

“We have taken the blood and urine samples along with that of the drink. They have been dispatched to the forensics laboratory, and we will get the results in three or four days,” West Java Regional Police said at a Tuesday news conference.

Preliminary investigations suggested sellers were adding cough medicine and anti-mosquito lotion to the alcohol. The Jakarta Post reported that the seized alcohol was found to contain substances such as energy drinks, syrup or carbonated drinks.

West Java Gov. Ahmad Heryawan said he was concerned by the growing death toll, and urged police to “pay full attention to this case,” according to Antara.

Indonesia has long grappled with the problem of fake or bootleg alcohol. According to official statistics, 300 people died from the consumption of unlicensed liquor between 2008 and 2013. Between 2014 and 2018, the figure was 500.

Alcohol is legal in Indonesia, but over 100 regional regulations are in place to control consumption. Across the country, the sale of alcoholic beverages containing less than 5% alcohol, such as beer, is no longer allowed in convenience stores in an effort to deter underage drinking. The Ministry of Trade also enforces a high excise tax on alcohol.

“Restricted distribution and sales of alcohol is creating unintended consequences,” said Sugianto Tandra, Researcher at the Center for Indonesian Policy Studies, pointing to regulations such as the ban on sales in convenience stores. “People are turning to unrecorded (bootleg) alcohol instead.”

“Legal alcohol is available in bars, restaurants, discotheques and restaurants, but for many low-income people who can’t afford to go to these places, they prefer to drink bootleg alcohol,” he added.

According to SafeProof, a group which lobbies against counterfeit alcohol, illegal liquor can be deadly “when other liquids like rubbing alcohol or methanol are added to the distilled spirit,” enabling sellers to increase the amount of liquid and its potential potency.

Methanol can make people feel inebriated, but even a very small amount can be toxic. Methanol poisoning can cause confusion, dizziness, drowsiness, headaches and the inability to coordinate muscle movements. It can prompt nausea, vomiting and heart or respiratory failure, according to the US Center for Disease Control. “The byproducts of methanol metabolism cause an accumulation of acid in the blood (metabolic acidosis), blindness, and death,” a CDC report said.