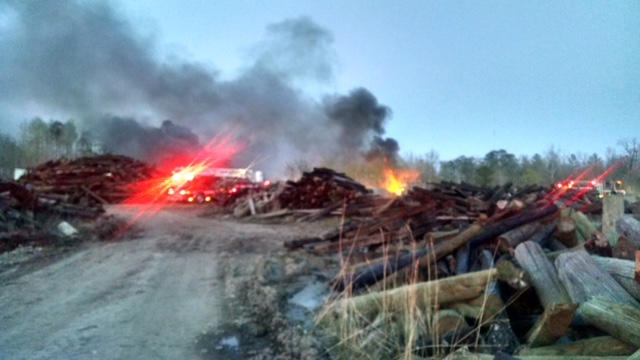 A citizen alerted dispatchers to smoke in the area of 4800 Nansemond Parkway around 6:42 p.m., and the first unit arrived at the scene minutes later.

Upon arrival, firefighters found several large piles – containing tires, creosote timbers and general debris – in close proximity to one another that were on fire.

Authorities say no residences are threatened and no roadways have been closed as a result of the incident.

The fire is now contained, and no injuries were reported.