WASHINGTON, D.C. - Two Norfolk-based ships and one Norfolk-based submarine fired Tomahawk missiles into Syria Friday night as part of an allied strike, according to Pentagon officials.

US officials at a Pentagon briefing described the strikes as a joint operation consisting of British, American, and French forces.

"Today, the nations of Britain, France, and the United States of America have marshaled their righteous power against barbarism and brutality," US President Donald Trump said during a separate announcement from the White House.

Shortly after Trump's statement, UK Prime Minister Theresa May released a statement saying she had "authorized British armed forces to conduct coordinated and targeted strikes to degrade the Syrian Regime's chemical weapons capability and deter their use."

A statement released Friday by French President Emmanuel Macron said that a "red line set by France in May 2017 has been crossed. So, I ordered the French armed forces to intervene tonight, as part of an international operation in coalition with the United States of America and the United Kingdom and directed against the clandestine chemical arsenal of the Syrian regime." 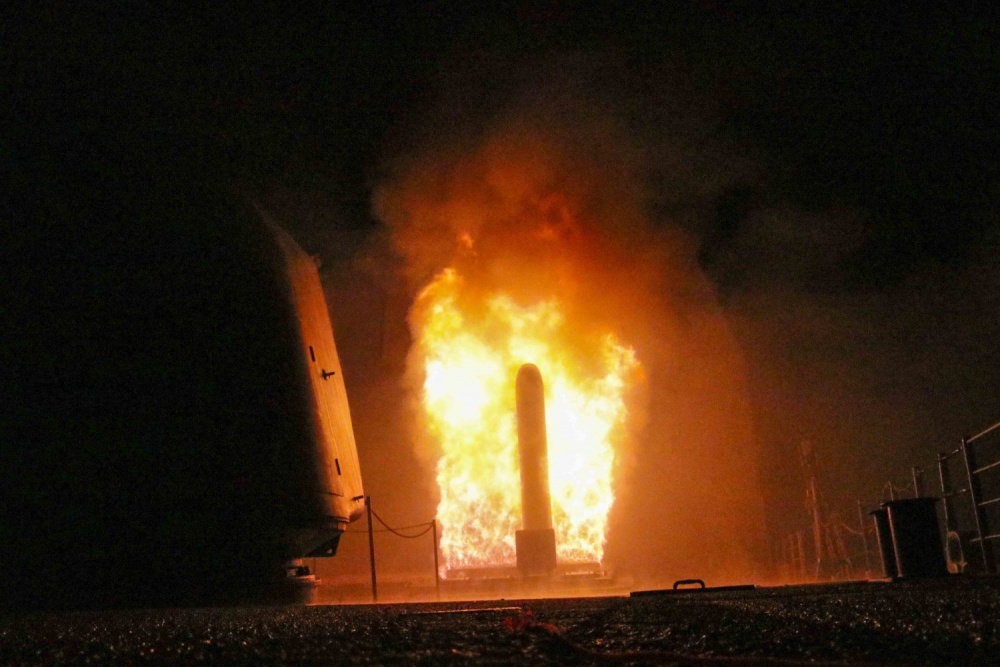