Hampton Roads Transit spokesman Tom Holden tells News 3 the bus was at the intersection and had just completed a board. The bus driver was waiting for a passenger to sit down when the dump truck hit the back of the bus. The dump truck continued along the left side of the bus, hitting the front bumper and causing the bus' windshield to break. The dump truck then drove onto the sidewalk, crashed through a brick monument at a church and finally came to a rest after crashing through the church's fence.

Approximately 10 to 16 people were on board the bus at the time of the crash.

Eleven people were transported to various local hospitals all with non-life threatening injuries.

Norfolk City spokesperson Lori Crouch tells News 3 there were five Public Works employees on the dump truck at the time of the crash. Three were transported to a hospital for minor injuries. The remaining two refused treatment at the scene.

At this time, neither driver has been issued a summons. 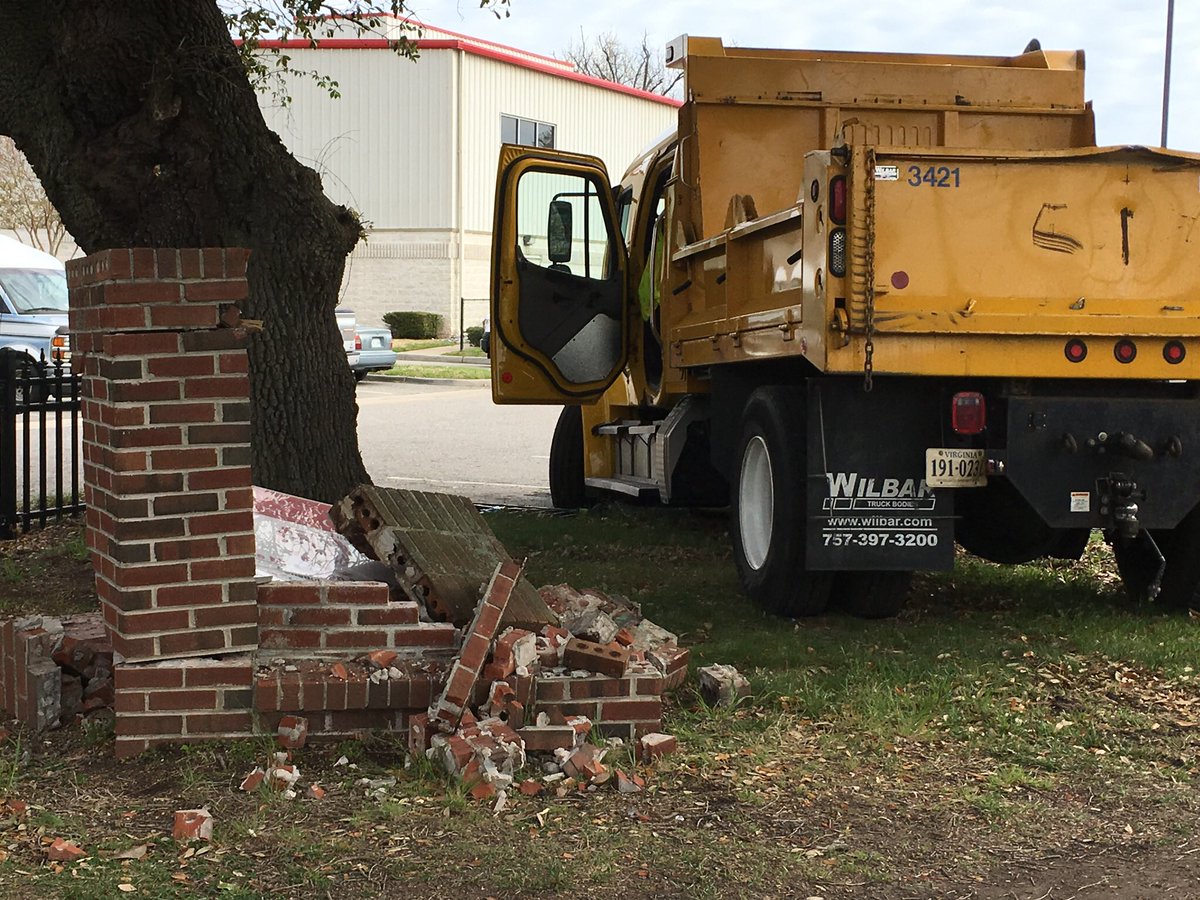