WILLIAMSBURG, Va. - Court documents reveal new details about the accusations against the suspects involved in a drug bust at the College of William & Mary on April 17.

Some students were selling drugs inside Brown and Barrett Hall dormitories.

Court documents reveal the incidents go far back as February 2018.

Jacob Selmonosky, 18, is accused of selling Adderall at Brown Hall on April 13. The incident was caught on surveillance, according to police.

I spoke with a student who lives in the dorm who wanted to remain anonymous.

"People kind of knew, but they didn't really suspect the scope of it really," said the student.

The student said police later came and searched the building.

"At first a lot of people were scared because, well police busting in and not really saying why they're here is such a scary thing," they said.

However, where students sleep weren't the only places drugs were found.

Documents show other students were arrested over the course of the investigation.

Police said one student had various narcotics inside a car in a parking garage on campus.

It also states an employee of William and Mary, Timothy Pryor sold marijuana to students away from campus.

Pryor, Foley and Tulamirza are due in court on September 19 at 9 a.m. for grand jury.

Read the full statement released from the College of William and Mary. 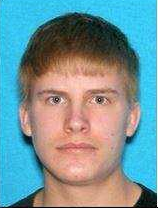