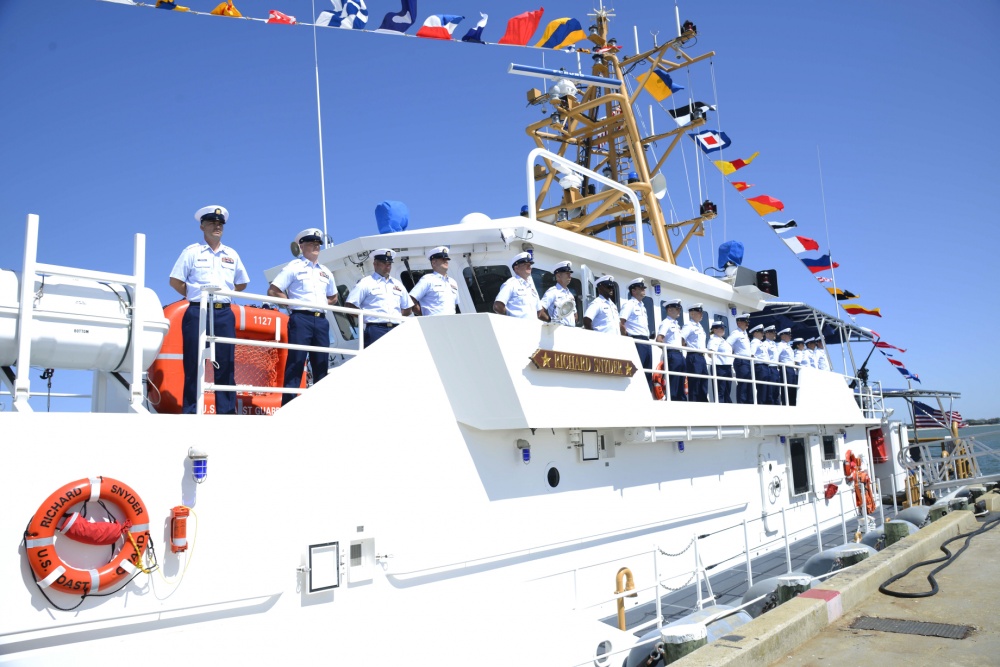 ATLANTIC BEACH, N.C. – The Coast Guard commissioned North Carolina’s first Fast Response Cutter Friday, with the person it is named after being remembered fully for his heroic actions.

Richard Snyder is the name for the new Coast Guard boat, and is named in honor of the man who was a World War II hero.

Snyder is known for his brave actions in battle defending troops coming to shore on the Island of Biak at the western edge of Papua New Guinea. He was awarded the Silver Star and was entitled to six bronze stars on his campaign ribbons, which included the Asiatic-Pacific Theater Medal, the Philippine Liberation Medal and the Good Conduct Medal.

“As much as we are here today to celebrate our new cutter, we are here to celebrate the life of a very special man,” said Lt. Andrew Norberg, commanding officer of Cutter Richard Snyder. “There is no telling how many lives Richard Snyder saved through his brave actions during World War II, but we hope many more will be saved by crews aboard the new cutter named in his honor.”