FBI awards Norfolk citizen for her work with drug addiction 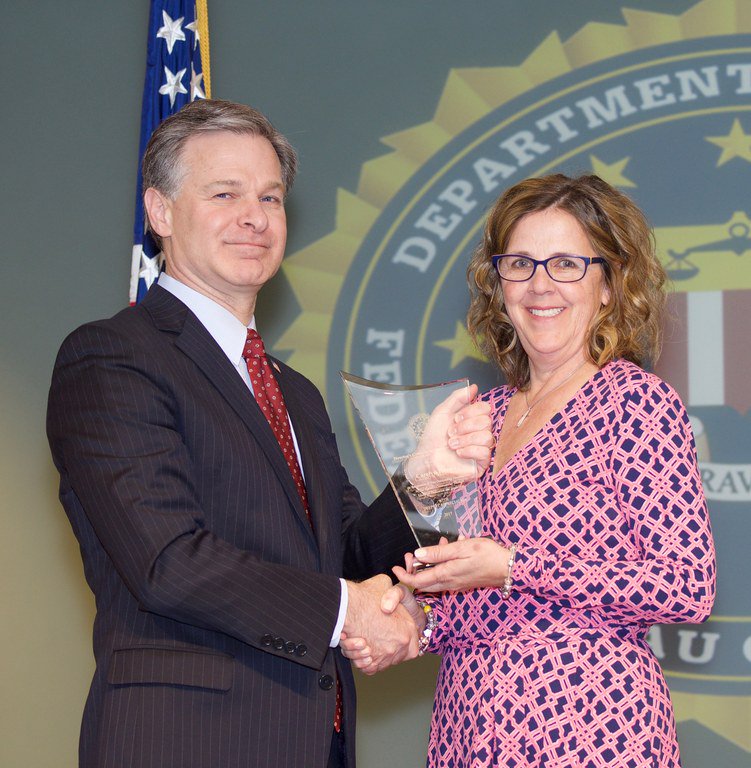 WASHINGTON, D.C. – The Federal Bureau of Investigation honored a local citizen for her work with the Hampton Roads Heroin Working Group.

Carolyn Weems, who works with public schools in the area to expand their drug curriculum to raise awareness about the dangers of prescription drugs, was honored by FBI Director Christopher Wray on Friday in Washington D.C.

Weems heads the outreach team of the Hampton Roads Heroin Working Group, a collaborative effort led by the Virginia Attorney General’s Office and the U.S. Attorney’s Office for the Eastern District of Virginia.

57 people in all were given the agency’s Director’s Community Leadership Award, which is given to  individuals and organizations, acknowledging the achievements of those working to make a difference in their communities through the promotion of education and the prevention of crime and violence.

“Many days you’re doing thankless work, so we want to make sure that we thank you,” said Wray at the ceremony at the FBI Headquarters.

The award has been given since 1990, and is based of a recommendation by the 56 field offices located across the country.

“We need the support, the understanding, and the trust of our community partners and the public. You’re out in your neighborhoods and your communities every day building that support and that trust and that understanding,” Wray added.

To see all those honored by the FBI with this award, click here.

Today, FBI Director Wray presented Carolyn Weems with the Director's Community Leadership Award for her leadership in expanding opioid education in schools across Virginia and raising awareness about the dangers of prescription drugs. #WeAreVBSchools https://t.co/YZVLm3XjZo pic.twitter.com/rP6sfG84gw