PORTSMOUTH, Va. - It's a challenging but rewarding job, according to the Hampton Roads Regional Jail Interim Superintendent David Hackworth.

He is looking to fill about 30 job vacancies and is taking action to find the right people.

Officer Patricia Cox has been working in the Hampton Roads Regional Jail for the past 17 years.

“There are challenges, but it's never a dull moment. That's what I love about the jail; we are a team,” said Officer Cox.

They are a team that needs more players now and in the future.

“The jail has been open for over 20 years. We have staff members here that are eligible for retirement and can go whenever they want to,” said Hackworth.

The Hampton Roads Regional Jail was thrust into the limelight after the deaths of two inmates, which sparked a federal investigation in December 2016.

The jail has received a lot of negative attention in the last few years. 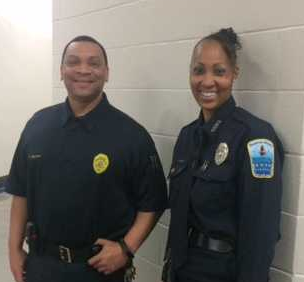 “It’s been hard with the media blitz, but for the most part we come together to support each other. There's a job to be done and we're doing it and giving it 100 percent,” said Officer Cox.

He said this job isn’t for everyone.

Many of the inmates have medical issues and mental illness inside the Hampton Roads Regional Jail, which can make working there more demanding in some aspects, but jail officials said it can also be extremely rewarding.

“It gives you that sense of pride that you came in, you did your job, you contributed to this facility and the community,” said Hackworth.

Cox said it is especially rewarding when you see inmates improving their lives.

“If they've got new jobs and they're moving onward and upward, I just makes my heart smile,” said Officer Cox.