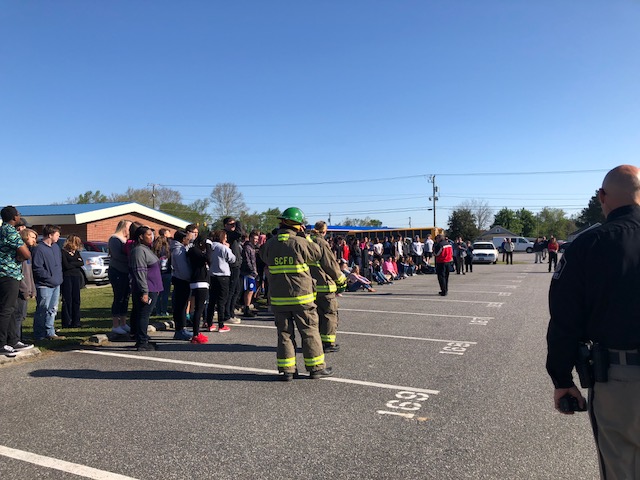 CAMDEN CO., N.C. – Prom for students at Camden County High School is next week, so staff wanted to do things a little differently to get their attention.

Students and staff held a mock wreck event Friday morning to raise awareness on just how dangerous texting while driving can be.

One of the school’s resource officers said participants were originally going to use drinking and driving for the event but felt that texting and driving was “more realistic.”

The backstory for the mock wreck involved a mother and daughter who hit two students while heading to get their hair done for prom. The mother was texting the hair stylist that they were running late when the crash happened.

Officials with the Camden County Sheriff’s Office, Pasquotank/Camden EMS and Station 12 Camden Volunteer Fire Department responded from a staging area about a mile away.

A Nightingale also responded to the scene, but the daughter had died before their arrival. Twiford’s Funeral Home responded to assist with transporting her body.

The school resource officer hopes that the event will lead at least one of the students, if not all, to make good decisions about driving.