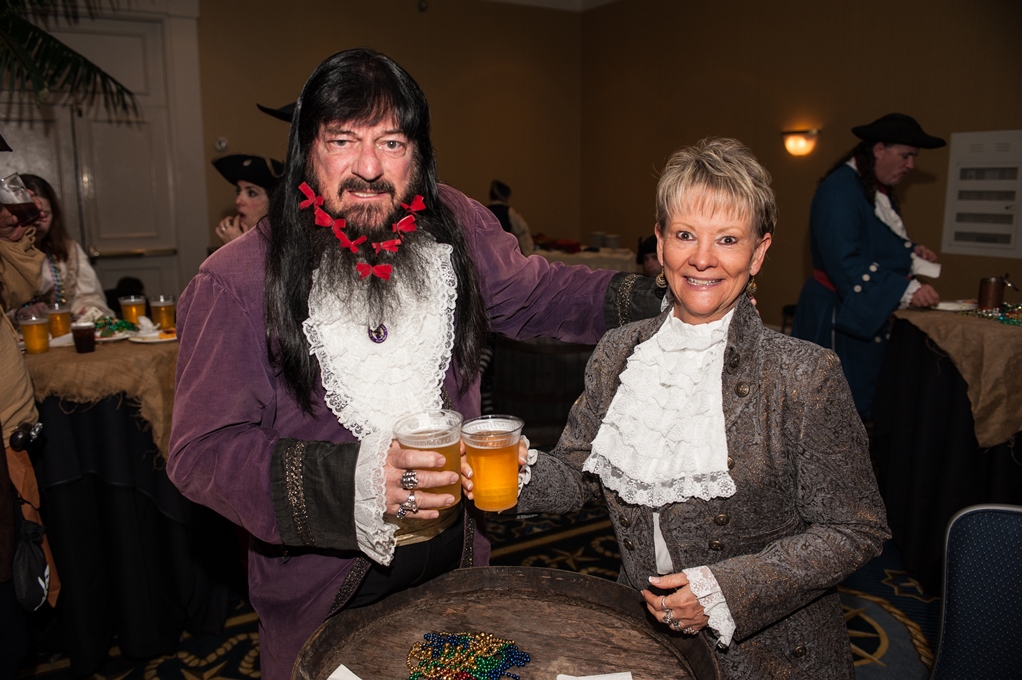 HAMPTON, Va. – The Hampton Blackbeard Pirate Festival is returning for another year of fun!

The festival, which was named one of the top five pirate festivals in North America by USA Today, celebrates Hampton’s maritime heritage by commemorating the demise of Blackbeard the Pirate.

Pirates sailed the coastal waters of Virginia and North Carolina in the later part of the 1600s and early 1700s. The pirates terrorized the waterways and unsuspecting ships and captured tobacco and other goods.

Blackbeard, whose real name was Captain Edward Teach, died in a violent sea battle with Lieutenant Robert Maynard in 1718. His severed head was impaled on a pole near the mouth of Hampton Creek, now known as Blackbeard’s Point.

The event begins on Friday, June 1 from 7:30 p.m. to 10:30 p.m. at the Crowne Plaza Hampton Marina Hotel with the Grand Pirates Bash. Guests are asked to wear creative black tie or period attire at the ball, which is based on Blackbeard’s Party at Okracoke. Tickets for the ball are $35 in advance and $40 at the door. Tickets can be purchased by phone at 757-727-6348 or in person at Hampton Parks & Recreation on the 5th floor of Hampton City Hall.

On Saturday, June 2, attendees will be able to interact with authentically costumed pirate re-enactors, including Blackbeard. There will also be a re-enactment of the classic sea battle between Lt. Maynard and Blackbeard, featuring two full scale ships.

Visitors can participate in Blackbeard’s funeral procession and share in the booty from the treasure chest.

There will also be a children’s area with colonial games, pirate face-painting, strolling fairies, digging for treasure and more at Carousel Park along Settler’s Landing Road.