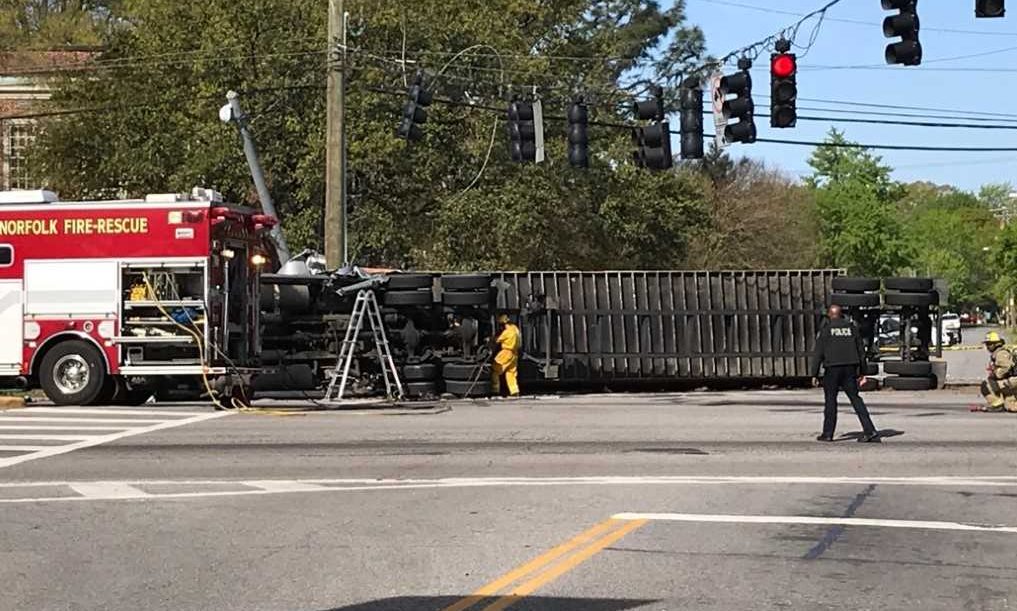 NORFOLK, Va. – A crash in the 5400 block of Hampton Boulevard caused a tractor trailer to turn on its side.

According to police, the driver of the tractor trailer lost control of his truck, then hit the median, a parked car and a power pole, causing it to roll over on its side.

The driver has non-life threatening injuries.

The southbound lanes of Hampton Boulevard at Bolling Avenue were closed for several hours for debris removal and power pole replacement.