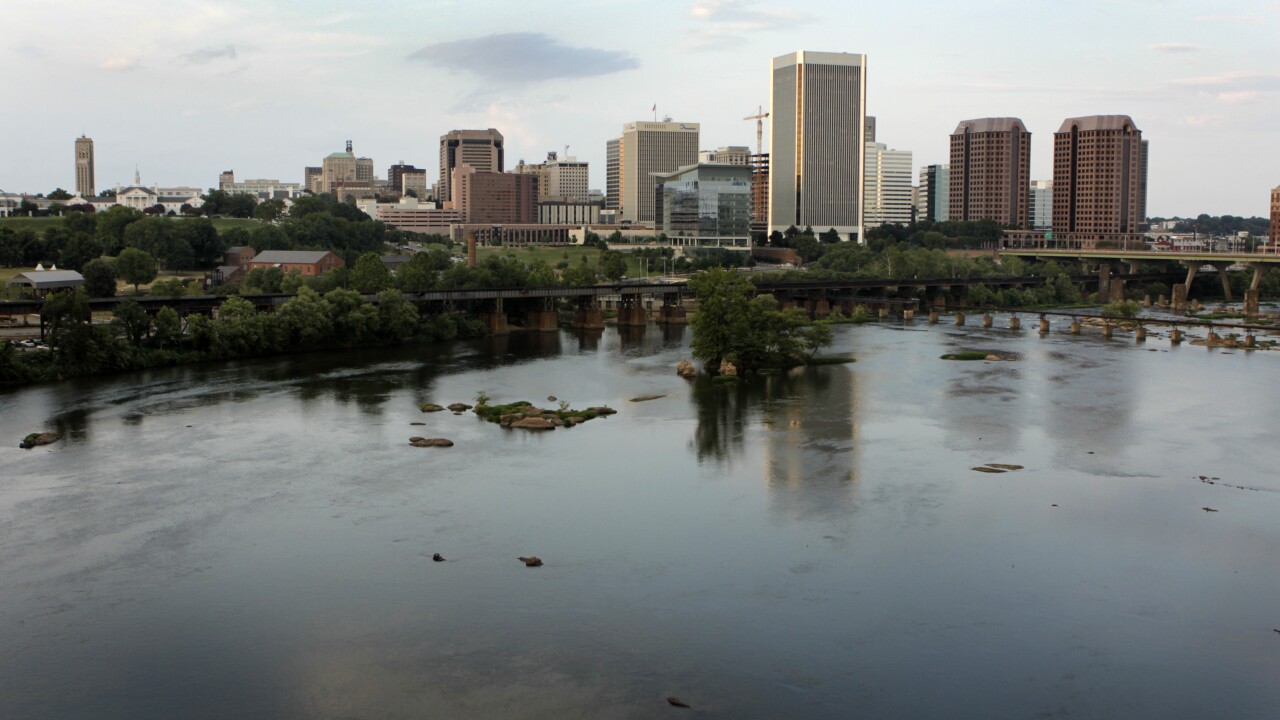 RICHMOND, VA – JULY 23: The Richmond skyline is viewed from across the James River on July 23, 2014 in Richmond, Virginia. According to a new study from the U.S. National Bureau of Economic Research, Richmond tops the table as America’s most content city while New York City is the most unhappy. (Photo by Jay Paul/Getty Images)

RICHMOND – About 30 residents of the predominantly African-American Blackwell neighborhood voiced their frustration Saturday over what some see as discriminatory police stops and other interactions with Richmond police officers.

The residents gathered at the Blackwell Community Center for a meeting organized by New Virginia Majority and other groups, which have been pushing the Richmond Police Department to release data on traffic stops, the use of stop-and-frisk methods and other tactics.

“Traffic stops and stop-and-frisks are conduits for the mass incarceration of black people in Richmond and across America,” said Assaddique Abdul-Rahman, community organizer for New Virginia Majority.

After months of prodding by New Virginia Majority, the Legal Aid Justice Center, the Advancement Project and Southerners on New Ground, the RPD began publicly releasing data on the use of force and complaints. The data includes the race and gender of civilians involved, as well as where the incidents occurred.

In addition, community members have secured a commitment from the RPD to start releasing data on stop-and-frisks and traffic stops.

Dr. Liz Coston, a VCU sociology professor and board member with the Virginia Anti-Violence Project, reported on the complaint data released by the RPD. In 2017, the department received a total of 109 complaints:

§  Forty, or about 37 percent, came from citizens.

§  The rest were departmental complaints – for example, if an officer observes or oversees something they think is improper, they would report that internally to the authorities.

Coston called the data “problematic,” noting that there were a number of open cases. That may explain why people don’t go to the police when they have issues with an officer’s conduct, they said.

“This isn’t a process that gets resolved quickly. A third of the complaints hadn’t been resolved by the end of 2017, and this is probably also something that’s off-putting for citizens in making those complaints,” Coston said.

“The amount of time that it takes is problematic. Of course it takes time to investigate, but at the same time, people don’t want to complain and feel like that’s not doing anything,” they added.

Coston said that if the complaints had a positive outcome, people would probably feel confident about going to the police to report issues they have had with a police officer.

There are a number of ways community members can gather data missing from the RPD’s statistics, Coston. For example, they said, advocacy groups could canvass neighborhoods, knock on doors and conduct surveys.

“The bottom line is people don’t want to go to the police, so these are all routes of gathering data – whether it’s people’s stories or numbers,” Coston said.

Abdul-Rahman said the No. 1 issue in the community is its relationship with the police. “Many of the residents live in fear and feel that their community is targeted,” he said.

Port Johnson, who attended the Blackwell meeting, agreed that some neighborhoods are treated differently than others.

“Transparency allows for remediation, authenticity and justice,” she said.