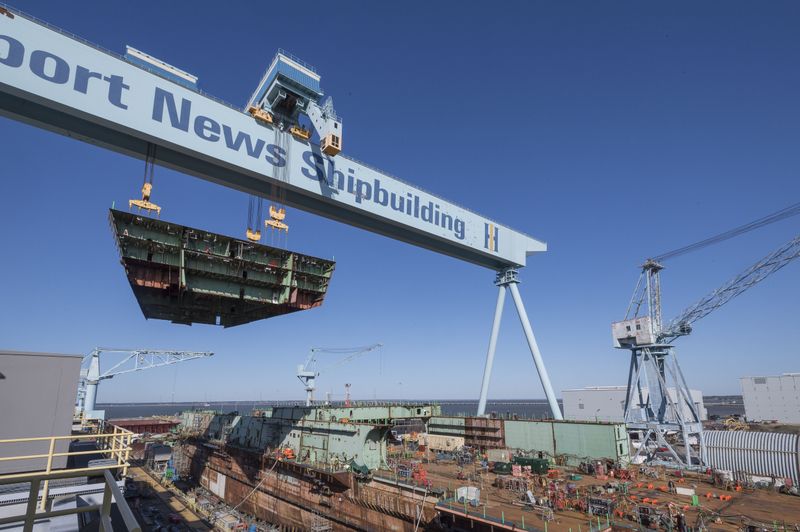 The Kennedy’s keel was laid in August 2015 at Newport News Shipbuilding division. The ship is being built using modular construction, in which smaller sections of the ship are being welded together to form a structural lift known as a superlift. The superlift is then outfitted with piping, electrical equipment, cable, ventilation and joiner work. Then, it is lifted from the assembly area into the dry dock.

The forward section of the main deck includes the machinery spaces located over the ship’s forward diesel generators.

The first piece of the aircraft carrier flight deck has also been installed. The piece includes command and control, pilot ready rooms and additional support spaces, a jet blast deflector, and components of the advanced arresting gear system.

Right now, the Kennedy stands about 100 feet in height in the dry dock with only the island and main mast remaining to bring the ship to its full height of 252 feet.

“We are very proud of the progress we are making on the Kennedy,” said Lucas Hicks, Newport News’ vice president, CVN 79 program. “The ship now is 75 percent structurally erected and more than 40 percent complete. Many of the improvements we have made over the construction of CVN 78, including increased pre-outfitting and performing more complex assemblies in our shops, will allow us to launch the ship three months earlier than planned.”