Drone ambulances: How this rescue drone could save lives

Researchers in California are developing a drone ambulance that could help get people to a hospital or out of harm's way in an emergency.

Researchers at the California Institute of Technology describe the autonomous ambulance as the future of emergency response, CBS News's Chris Martinez reported.

Professor Gharib said the self flying rescue drone has been in development for two years and said it's designed to rapidly fly a patient to a hospital or redezvous point with a doctor.

Researchers are hoping the vehicle will transport people facing medical emergencies like heart attacks or strokes. The devices can even airlift injured or trapped victims from hard to reach disaster zones.

Sensors inside even monitor the patient's vital signs during flight.

For now researchers are using a 1/5th scale model but the actual drone will be the size of a small car and piloted by an artificial intelligence system.

"That can basically negotiate with situations, reason and make the best decision in order to save the life of the person it carries," Professor Gharib said.

Researchers hope to launch a long range test of a larger, self-flying model before the end of 2018. They predict a full-sized drone rescue system could be in use within three to five years. 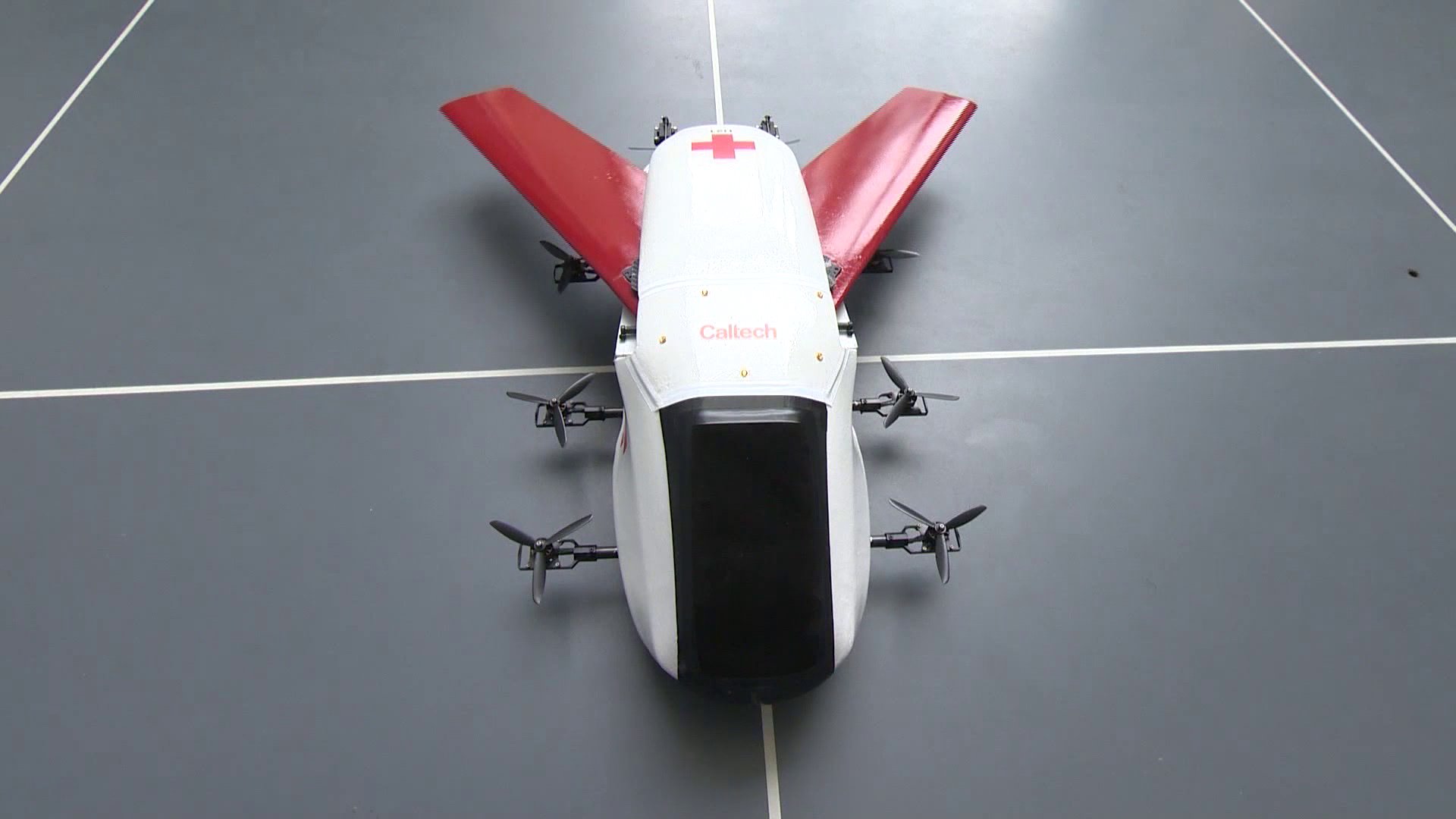