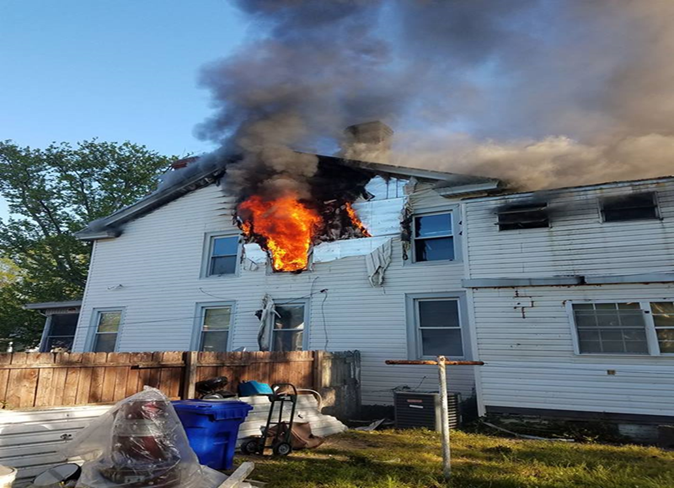 Around 8 a.m., Portsmouth Fire, Rescue and Emergency Services responded to the 1300 Block of Elm Ave.

All occupants were outside of the house after being alerted by a working smoke alarm in the home.

Three dogs were rescued from the house by firefighters.

The fire was under control at 8:30 a.m., and crews are still on scene. Six adults were displaced, and the America Red Cross was contacted to assist the family, fire officials said.