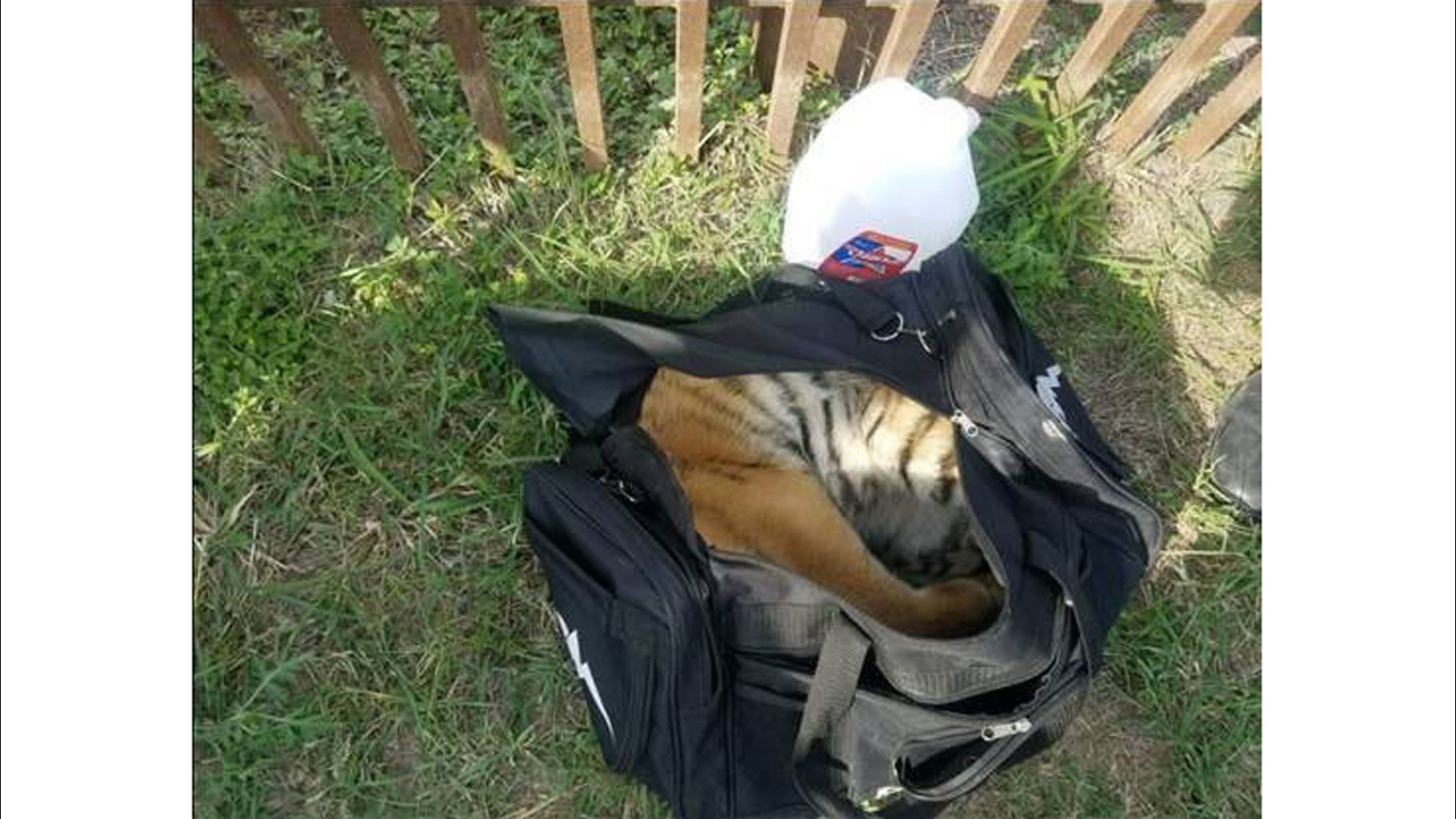 Border patrol agents are used to seeing many strange things on the US-Mexico border.

However, when they came across an abandoned black duffel bag Monday, they had to do a double take.

While on duty, the agents saw three people attempting to enter the United States illegally, through Brownsville, Texas.

The men dropped the bag as they fled back to Mexico.

When agents approached, they found an unconscious male tiger stuffed inside.

The nearly 4-month-old cub appeared sedated and was turned over to the Gladys Porter Zoo in Brownsville. The zoo said the animal arrived in poor condition.

“Our team acted quickly to stabilize him and he is now doing very well. The next step will be to find him a more permanent home,” the venue tweeted on Tuesday afternoon.