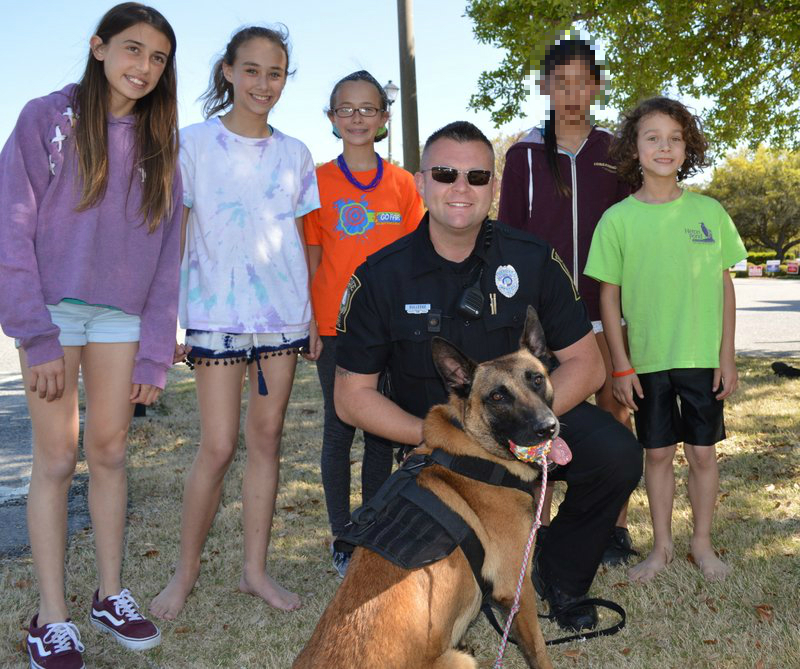 KILL DEVIL HILLS, N.C. – Officer Zar, stands 4 and a half feet tall, is 2-years-old and is looking forward to working with his handler Officer Steven Gulludge, and the rest of the Kill Devil Hills Police Department.

The 71 pound German Sheppard K-9 Officer has spent the last eight weeks with its handler learning and training, and has no previous experience as a K-9 dog.

Zar’s handler, Officer Gulludge, will be paired to help the “green dog,” and has plenty of experience to help his new partner. Gulludge had previously worked with the Forsythe County Sheriff’s Office and is a four-year army veteran, serving in Iraq from 2007 to 2009. He joined KDHPD in 2015.

“I have always had a special passion for the K-9. I guess I first became interested just from watching police programs and seeing all the things the dogs could do such as tracking and narcotics detection. I felt it was something I’d want to do that would be very rewarding,” said Officer Gulludge.

Zar will continue his training throughout his career in law enforcement. He is trained in tracking (finding lost persons or persons fleeing from police), article searches, narcotics detection and apprehension.

“Having a K-9 partner is nice but there is a lot of hard work involved,” said Officer Gulledge. “We train with the Dare County K-9 and other handlers at least once a week and go over all the fundamentals of obedience, tracking, narcotics detection and apprehension work. Zar is trained to only listen to me so I’m solely responsible for making sure he stays sharp. We train a minimum of 8 hours a week, but he does get breaks where he can just be a dog.”

In Zar’s class, 25 percent of the dogs were not able to complete the training. Those dogs will get another chance later but they may best be suited as “single purpose” dogs (ones that just do narcotics detection, for example).