VIRGINIA BEACH, Va. - Being enlisted and alone are feelings many military spouses in Hampton Roads can relate to.

Cindy Messer of Virginia Beach took action and wrote a book in an effort to help other military wives know their feelings are normal.

News 3 covers stories about when the ships pull away on deployment and the celebrations when they return home, but the months during deployment can be very difficult for the family and the marriage.

“The divorce rate in the military is very high and that is sad to me. There are a lot of families that dissolve because of deployments and the lifestyle,” said Messer.

Cindy is very familiar with the military lifestyle. She’s married to a retired Navy SEAL. Her husband, Steve Messer, said he spent 22 years in the military.

Cindy said she gave up her career as a flight attendant to raise their two sons while her husband Steve would be gone for months on deployment or in training.

She said it could be extremely lonely at times.

“I’m married, but I'm alone all the time. I'm raising these children and doing all these things, but I'm doing it alone. I didn't envision my marriage to look like that,” she said.

Steve admits that he would take her for granted.  He said he could just pack up and leave for work and Cindy would do everything on her own.

“I took it for granted in the early days,” said Steve Messer. “Not intentionally; I just wasn't as mature and I think it's probably pretty common.”

Steve said he tries to give advice to younger members of the military and stresses the importance of family.

“You're just so worn down from your spouse being gone all the time. You begin to resent the military for taking your husband away all the time and then you start to resent his job - for the job being more important than the family - but it's not that it's more important to him. It's just his job," she said.

Cindy wrote a book about her life experiences last spring.

It’s called Enlisted and Alone: Memoir of a Navy SEAL Wife and it's meant to help other wives and families coping with the ups and downs of military life.

“I hope a military wife will read it and just feel connected,” she said.

“One day we will be done with the military or the military will be done with us. That day is going to come. It's just a matter of when," Steve said. “When that day comes, the only thing you have is your family and it took me a long time to realize that. At the time of retirement, the family is going to be there or they're not and I'm really glad mine was there for me and I give Cindy the credit for that.” 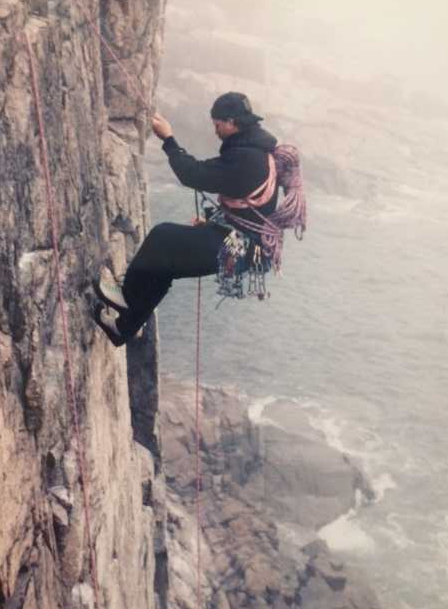