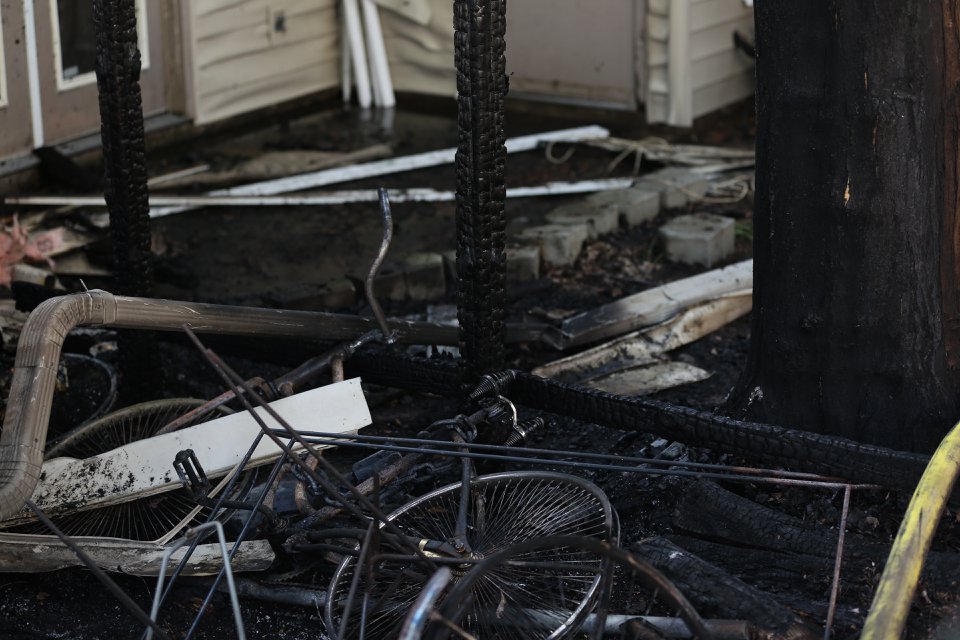 VIRGINIA BEACH, Va. – Three people have been displaced after a townhouse fire in the 2400 block of Julie Court Thursday afternoon.

Crews with the Virginia Beach Fire Department responded to the incident at 3:43 p.m., arriving at the scene to find heavy smoke and flames coming from the back of the residence.

Firefighters were able to keep the fire from spreading to other units in the building and extinguished the fire by 4 p.m. Most of the damage was limited to the outside of the home, however, an attached shed was destroyed in the fire.

The fire extended from the first floor exterior to the second floor in the shed, burning the siding. The home also suffered smoke damage.

Neighbors reported hearing an explosion, which authorities believe was a coolant tank in the air conditioning unit that caught fire.

Authorities believe the fire was accidental, but the exact cause of the fire is under investigation.