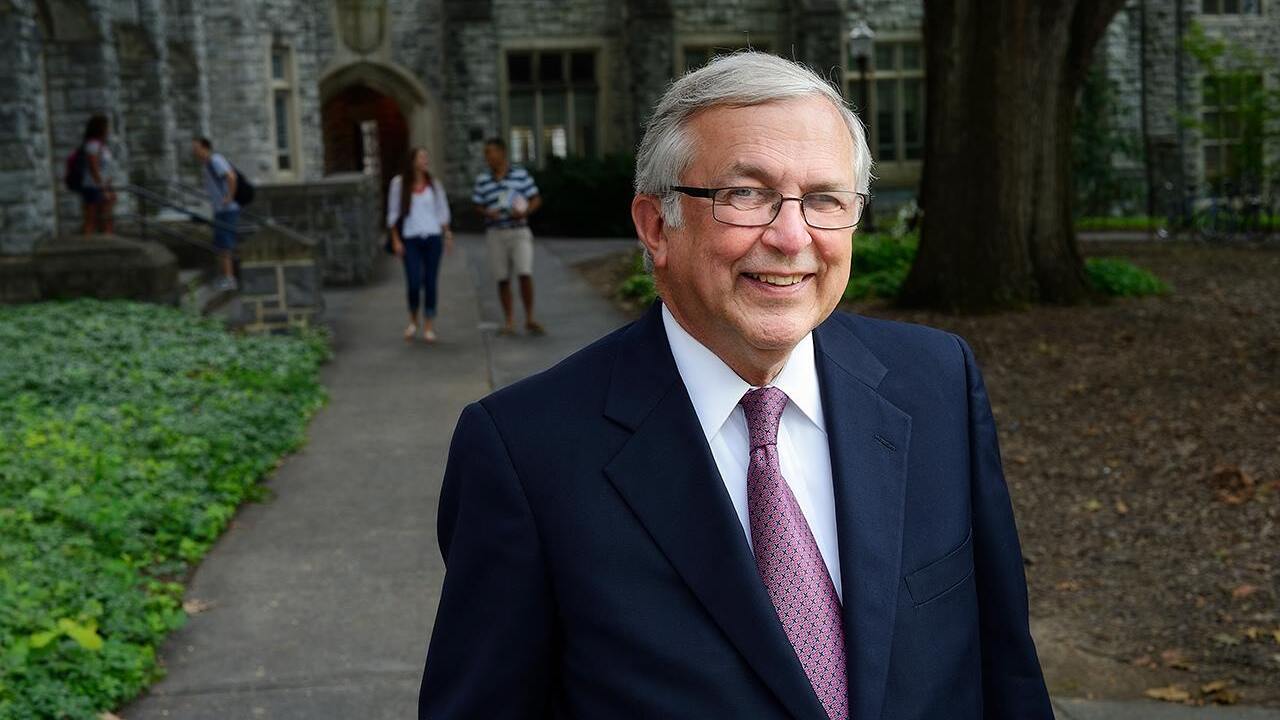 Steger served as president from 2000 to 2014.  Timothy Sands became president of the university in June 2014.

“He is regarded as one of Virginia Tech’s most influential presidents in its 146-year history, having led the institution amid drastic reductions in state funding for public higher education and the unimaginable tragedy of April 16, 2007,” Virginia Tech said in memoriam on their website.

“Charles Steger was a true visionary, a strong and resilient leader, and a deeply compassionate person who completely dedicated himself to our university,” said Virginia Tech President Tim Sands. “He achieved incredible success because he, without question, personified our motto, Ut Prosim (That I May Serve). Virginia Tech is the great institution it is today because of him. I will greatly miss him. He was a deeply valued mentor and a close personal friend.”

During Steger’s time as president, Virginia Tech grew in enrollment from 28,000 to 31,000, increased graduate enrollment by 12 percent, raised more than $1 billion in private funding, formed a school of biomedical engineering, created a public-private school of medicine, joined the Atlantic Coast Conference (ACC), and constructed the Moss Arts Center and the Virginia Tech Research Center — Arlington as part of the largest building boom in university history.