Eight cars and an engine involved in Suffolk train derailment

SUFFOLK, Va. - A train derailed Monday afternoon in the Suffolk Meadows Neighborhood around 4:15 p.m. Suffolk Police and Suffolk Fire & Rescue were on the scene of the derailment in the 300 block of Baron Boulevard at Shoulders Hill Road.

Homeowners told News 3 they are accustomed to trains going through their neighborhood but it sounded much louder than normal and they could feel a difference.

"I was telling my Mom, 'Wow the house is really shaking,'" said Alicia Payne, who has lived in her home for more than two years.

After noticing neighbors peeking into her backyard, she went outside to see the damage from eight cars and one engine derailing. The casualty in her yard consisted of a downed tree and her fence.

"Who is going to clean this mess up? And what's it going to do to my yard to bring heavy equipment in to get this up?" said Payne, who has the brunt of the damage in her yard.

However, neighbors on the other side of the train tracks heard the derailment.

"Soon as I walked inside this house, I hear this boom boom boom boom noise," said Keith Mitchell, who lives a few houses down from where the derailment happened.

Benita Rivers-Brown said she thought she was feeling an earthquake. Then, she took a look outside. "I see this right here smoking and I step outside the door and seen all this and thought, 'oh my gosh, this is bad.'"

There have been no injuries and there are no hazardous materials involved, Suffolk officials said.

Public Works crews will be setting up detour signs and traffic is being detoured through the Suffolk Meadows neighborhood.

Commonwealth Railway, Inc. will be handling the clean-up. They say there will be intermittent roadway closures at Shoulders Hill Road over the next few days as they move equipment in. Closures will vary in duration but should not take more than an hour for each.

A total of 8 cars and 1 engine were involved in the derailment.  The cause is not known at this time. 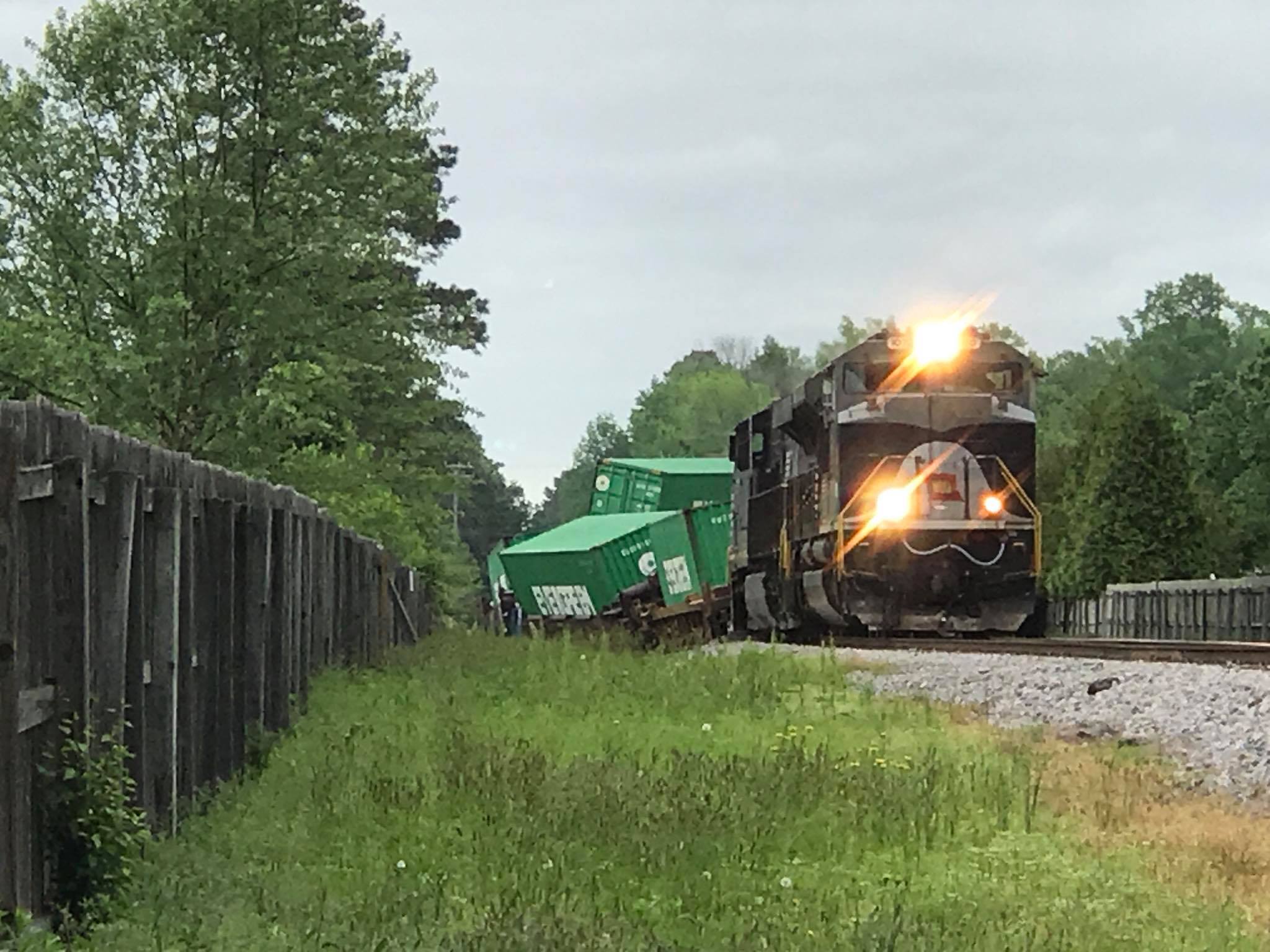