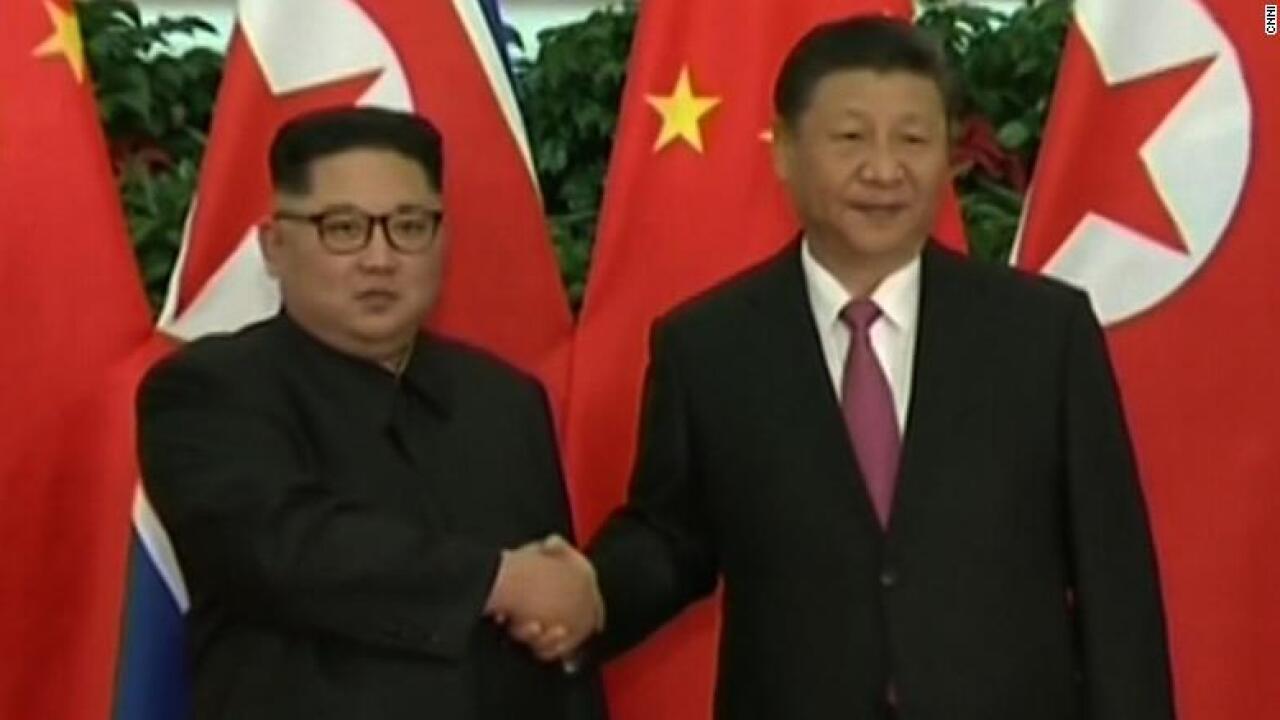 It is the second meeting between the two leaders in less than two months, after they held a secret meeting in the Chinese capital of Beijing in late March.

The March meeting was Kim’s first international trip since he assumed power in 2011 following his father’s death, and was seen as a warming of ties between the two fractious allies.

This week’s meeting comes after a historic summit in late April between Kim and South Korean President Moon Jae-in, and ahead of highly anticipated talks between Kim and US President Donald Trump, which are expected to take place by late May or early June.

North Korean state media KCTV said Kim flew to Dalian on his private jet, arriving on Monday, where he was welcomed by high-profile Chinese officials including Foreign Minister Wang Yi.

Xi held a welcome banquet for the North Korean leader and took a casual stroll with him along a beach, Xinhua said.

“In a cordial and friendly atmosphere, the top leaders of the two parties and the two countries had an all-round and in-depth exchange of views on China-DPRK relations and major issues of common concern,” Chinese state media said.

In the past, North Korean leaders have been reluctant to travel by air on international journeys, including Kim’s father Kim Jong Il, who famously went everywhere in his personal armored train.

After news of the meeting between the two leaders was released, Trump announced that he would be speaking to “my friend” Xi on Tuesday.

“The primary topics will be trade, where good things will happen, and North Korea, where relationships and trust are building,” Trump tweeted.