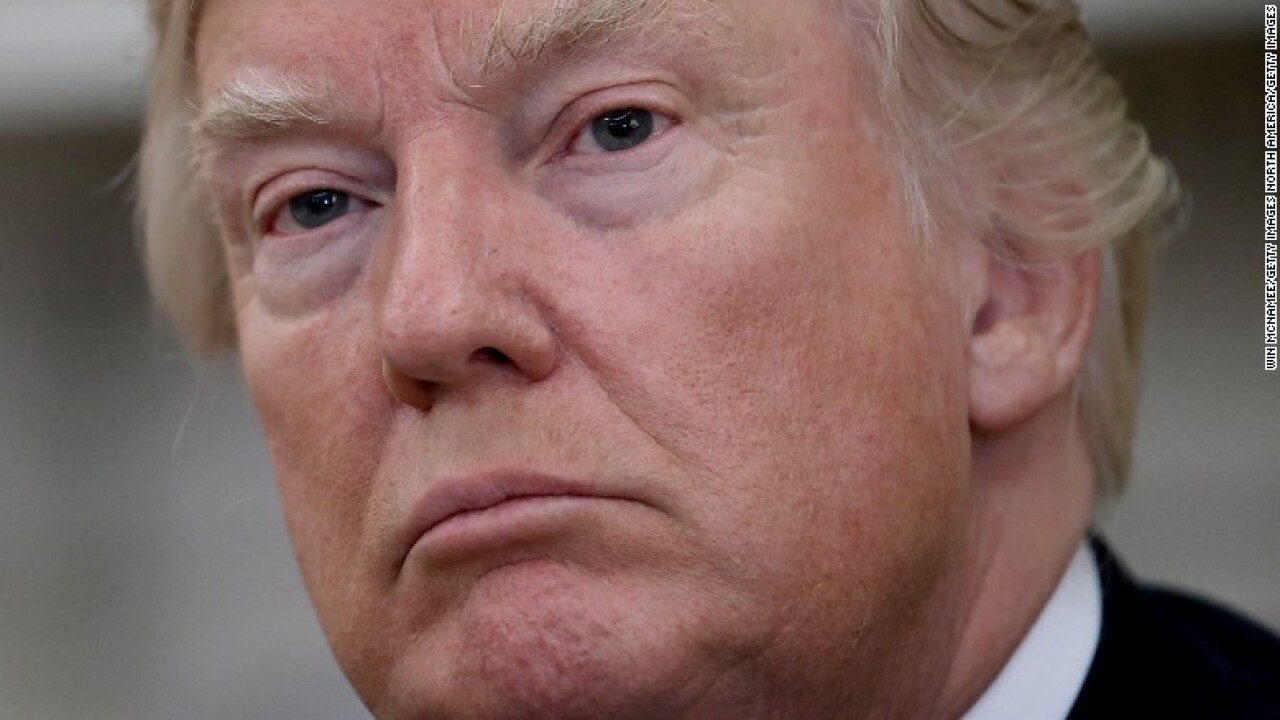 President Donald Trump announced Tuesday he is quitting the Iran nuclear deal, pitting him against the United States’ closest allies and leaving the future of Tehran’s nuclear ambitions in question.

“I am announcing today that the United States will withdraw from the Iran nuclear deal,” Trump said from the White House.

“It is clear to me that we cannot prevent an Iranian nuclear bomb under the decaying and cotton structure of the current agreement,” he said. “The Iran deal is defective at its core. If we do nothing we know exactly what will happen.”

In announcing his decision, Trump will initiate new sanctions to go forward, crippling the touchstone agreement negotiated by his predecessor, according to a US official and a person familiar with the plan.

“The so-called Iran deal was supposed to protect the United States and our allies from the lunacy of an Iranian nuclear bomb, a weapon that will only endanger the survival of the Iranian regime,” the President said. “In fact, the deal allowed Iran to continue enriching uranium and over time reach the brink of a nuclear breakout.”

The President added: “Today, we have definitive proof that this Iranian promise was a lie.”

Senior Trump administration officials — including Secretary of State Mike Pompeo and the Director of National Intelligence Daniel Coats — have said Iran is adhering to its commitments under the deal. But Trump has argued while they may be sticking to the letter of the accord, they have violated its spirit by fostering discord in the region.

Trump derided the deal as an embarrassment that gave the regime dollars at the same time it sponsored terrorism.

“At the point when the US had maximum leverage, this disastrous deal gave this regime — and it’s a regime of great terror — many billions of dollars, some of it in actually cash — a great embarrassment to me as a citizen,” Trump said.

The sanctions could take months to go into effect as the US government develops guidance for companies and banks. But reapplying the sanctions — which were lifted in exchange for Iran’s commitment to curb its nuclear program — would cripple the 2015 accord that Trump has deemed “the single worst deal I’ve ever seen drawn by anybody.”

Long a harsh critic of the nuclear accord, Trump has until now resisted taking steps to fully withdraw from the plan.

It further isolates Trump on the global stage, where he has angered even the staunchest US allies by reneging on US commitments to the Paris climate accord and pulling out of the Trans Pacific Partnership trade agreement.

The grace period until the sanctions are imposed may offer the deal’s proponents an opening to negotiate. But the uncertainty is expected to forestall foreign investments in Iran that were made possible by the pact.

A French source familiar with the call between Trump and Macron described the conversation as “very, very disappointing.”

Macron was one of several European leaders who had lobbied Trump to remain in the deal, arguing it remains the best way to curtail Iran’s nuclear ambitions. Both Macron and German Chancellor Angela Merkel flew to Washington to make their appeals in person.

Trump told them the deal failed to address Iran’s ballistic missile program or its support of terror in the Middle East. They appeared receptive and began negotiations on a separate deal that would address his concerns. But European diplomats expressed only pessimism that their efforts would be successful.

“It’s pretty obvious to me that unless something changes in the next few days, I believe the President will not waive the sanctions,” one European diplomat told reporters on Monday.

Trump’s final decision to withdraw from the deal was made over the weekend, according to a person familiar with the discussions, though it was long considered a foregone conclusion inside the White House.

National security adviser John Bolton, an Iran hawk who nonetheless told people he was committed to providing all options to Trump, offered a variety of paths, including reimposing all sanctions, applying new sanctions, or allowing for more time to negotiate with the Europeans.

Trump determined that more time would not bridge disagreements, most pointedly his demand that Iran’s nuclear program be curbed past the current deal’s sunset in 2030.

In his talks with Macron and Merkel, Trump left little doubt that he was planning to withdraw, according to Western diplomats. But he insisted he hadn’t made a final decision and kept his precise plans guarded.

Some White House officials were caught off guard when Trump announced on Twitter Monday that he was planning to make the announcement. Most aides expected him to wait until closer to Saturday, when the deadline for issuing a sanctions waiver landed.

One US official suggested the timing was moved up so as not to impede next week’s opening of the US embassy in Jerusalem, another move that could cause jitters in the Middle East.

The sanctions Trump is expected to allow to move forward target Iran’s oil exports. The status of additional actions remained unclear, though some officials suggested Trump would leave additional sanctions for a later date.

A senior administration official said most of the work done behind the scenes in the West Wing leading up to the announcement was to prepare for a withdrawal, including developing communications strategies. But the official offered the same caution as others: no decision is considered final until Trump makes his announcement.

The decision would strike a blow to the nuclear deal, though other signatories to the plan, including Germany, France and the UK, have said they will maintain their commitments.

But new US sanctions would undoubtedly cause companies to reconsider investments in Iran and European firms may have no choice but to scale back or risk running afoul of US rules.

The grace period could allow for further negotiations between US allies on a side agreement that addresses Trump’s concerns about the missile program and Tehran’s support for terror groups. But even if a deal is struck, it’s not clear how they would convince Iran to sign on, or whether Russia and China — two other partners to the deal — would agree.