‘I felt like there was nothing to live for’: Survivor speaks about suicide attempt hoping to save others

VIRGINIA BEACH, Va. - Life got to be too much to bear for Tara McDaniel on Father's Day of 2013.

"I found the perfect cocktail, it was my own prescription medicine and I took well over 100 pills," she told News 3 during an interview coming up on her five-year anniversary of survival.

McDaniel told us she had a hard time in middle school and high school due to bullying, popularity contests and cliques. She told us she was raped at the age of 22 after being betrayed by a man she thought was a close friend.

In 2013, she wanted to end the pain. "I remember talking about how sad I was told, 'You'll get over it, you'll get over it.' I figured I'm not getting over it; what do I do? I thought suicide would end it. I thought hell was better than earth and I wasn't raised that way," she said.

McDaniel texted her mom a goodbye note and waited for her pills to take effect, but her mom called the police, who showed up to her house and saved her life.

"They did, they were my guardian angels, you could say. I think that was the first moment of my recovery when they showed up and took me away," she said.

After treatment, suicide watch and years of recovery McDaniel has since completed her degree, conquered her battle with anorexia and is about to run her first marathon. She told us this quote inspired her: "Everything you want to know about yourself you'll learn in 26.2 miles."

She said her relationship with her mother and brother have blossomed and she has made so many new friends. At 30, she told us her life is so exciting and new.

McDaniel said everyone needs to talk to their friends if they see a change in them. For Brandon Barker's mother, it's too late to talk.

"We have to figure it out because there is a missing link. And that's the sad part because then it's too late and you can't figure out what it is and when they're gone, you can't ask them," said Deana Bennett.

Her son Brandon took his own life in October of last year at the age of 19. Bennett said her son was a light; his smile lit up a room and he was a 'Robin Hood' to anyone who needed help.

She never would have expected him to feel such pain.

"You don't want to think those thoughts even crossed your child's mind or they were alone or had sad thoughts," she said as she gazed down at his senior prom picture.

Both McDaniel and Bennett had a hard time talking about suicide, depression and the rough road that led them to the place they are in, but both hope this story can save lives of other kids who feel hopeless and alone.

The police encourage anyone exhibiting suicidal thoughts to call a doctor or a helpline. Often when they are called in, it is already too late.

Helpful numbers are listed below: 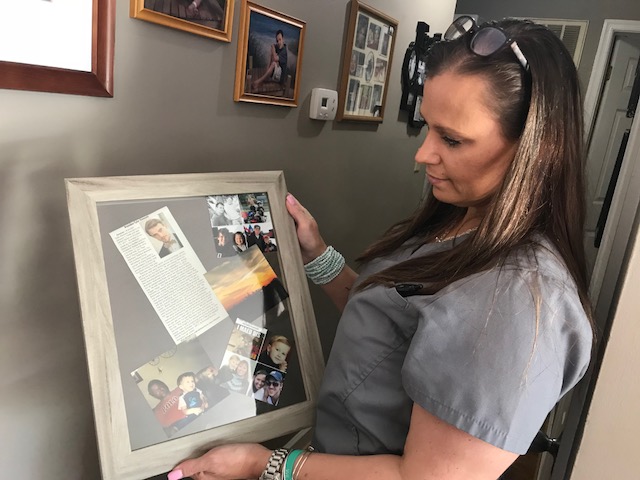