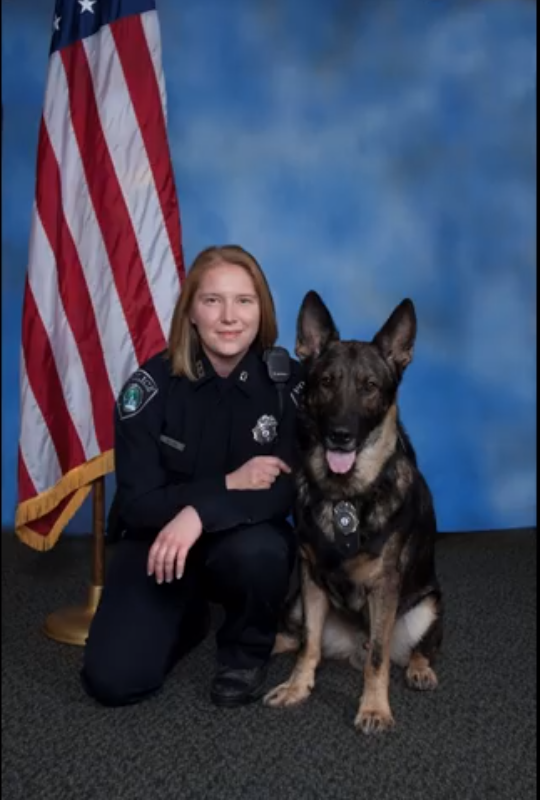 NEWPORT NEWS, Va. – An officer from the Newport News Police Department lost his fight with cancer on May 7.

According to NNPD, Bane had a winning personality and an incredible nose. He was used by the department for patrol and narcotics purposes with his partner MPO B. Keller.

Bane was part of multiple gun and drug seizures while he was with NNPD.

NNPD added that Bane retired in June of 2017 and enjoyed his newfound freedom to take trips and be loved on by everyone he met. They also said that his most impressive track while with the department was when he led his handler and two officers through just over 2-foot-deep running water and thick plant growth to a tall fence that he began to try to climb. The suspect was hiding on the other side and taken into custody after having shot his cab driver four times and stealing the cab.